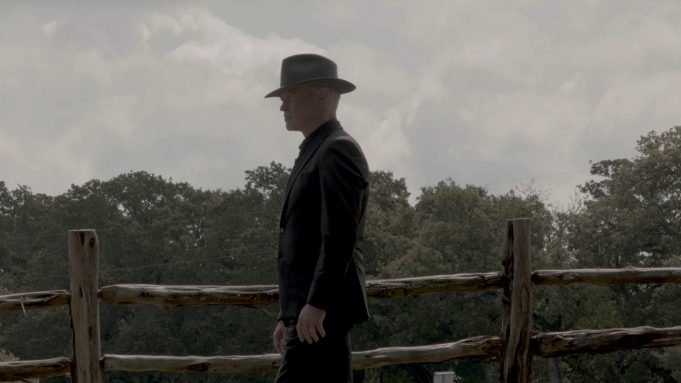 Cinedigm released the first trailer for indie thriller Red Stone on Thursday, announcing that it will hit select theaters, PVOD and Digital on December 3.

The film from writer-director Derek Presley centers on a dangerous hitman (Neal McDonough) tasked with hunting down a teenager (Dash Melrose) who witnessed his older brother’s murder at the hands of a ruthless Southern crime lord (Michael Cudlitz). Still reeling from his own brother’s sudden death and with only a few hours before the funeral, the hired gun must track down the boy before rival henchmen and the F.B.I. get to him. As the hours tick down, he begins to question his deadly ways and must choose which side he belongs to, in a final climactic showdown.

As we told you first—back in December of 2020—McDonough has already signed on to star in, produce and co-write a sequel centered on his character, Boon.

For now though, check out the first official trailer for Red Stone above.