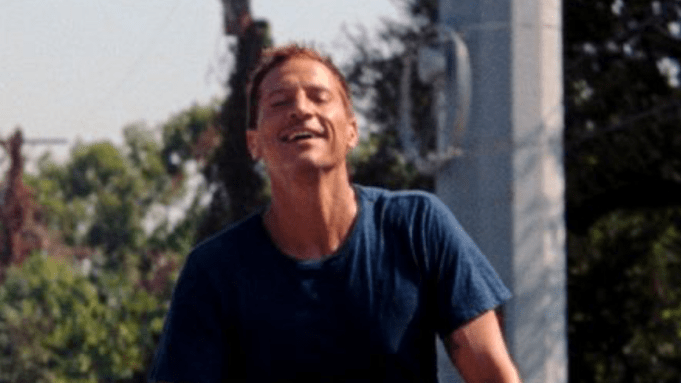 “I’m on top of my game right now on like every single possible level,” Simon Rex says in the first official trailer for Red Rocket, released today by A24. “Dude, with my skill and ability, there’s no denying what I could do. The universe is on my side.”

In the trailer, we see Mikey look for work, reconnect with old friends and foes, and strike up a relationship with doughnut shop employee, Strawberry (Suzanna Son).

Red Rocket comes on the heels of Baker’s partnership with A24 on his 2017 film, The Florida Project, which earned Willem Dafoe his third Oscar nomination for Best Supporting Actor.

The film made its world premiere in Cannes—subsequently winning both the Critics Award and Jury Prize in Deauville—and will be released in theaters on December 3.

Check out the trailer for Red Rocket above.