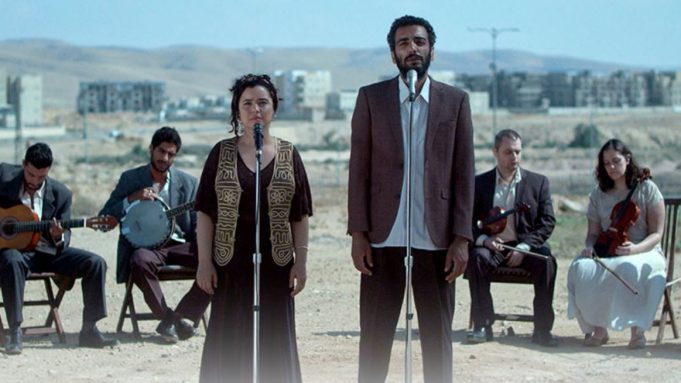 Here’s the first look at Red Fields (Mami), writer-director Keren Yedaya’s adaptation of the surrealist Israeli rock opera that stars Neta Elkayam, Ami Abu and musician Dudu Tassa as The Narrator. The film, which won a pair of awards with its world premiere at the Jerusalem Film Festival and is up for seven Israeli Oscars, is set for its international premiere Friday at the Toronto Film Festival in the Contemporary World Cinema section.

The pic updated from Hillel Mittelpunkt’s ’80s cult musical Mami tells the story of Mami (Neta Elkayam), a young woman who works as a gas station cashier in a poor town but plans a better future with her new husband Nissim (Abu) for when he gets back from war. Everything changes when Nissim returns injured, however, and Mami decides to rewrite her destiny by leaving for the big city, Tel Aviv.

Marek Rozenbaum and Moshe Edery are producers, and Playtime is repping world sales in Toronto. United King Films will be distributing in Israel.

Red Fields‘ TIFF screening is Friday at 6:30 PM at Scotiabank Theatre. In the meantime, check out the first look above.