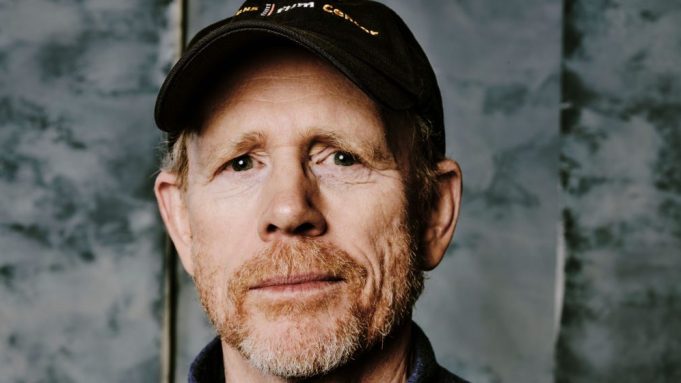 Two years ago, Oscar-winning director Ron Howard watched on in dismay, as devastating wildfires ravaged the town of Paradise, California.

Examining this tragedy, and the effort to rebuild the community in its wake, with his documentary Rebuilding Paradise, Howard was drawn to this story initially due to the experiences of his family. “I have a lot of relatives in Redding, California, which is nearby. They had a horrible fire that destroyed a good portion of the town. They were unscathed, which we were all grateful for, but then Paradise got hit,” the director explained, while sitting down at Deadline’s Sundance Studio yesterday. “I knew Paradise because my late mother-in-law had lived there the last four or five years of her life, and I knew the kind of small town that was—not a tourist destination, not a hub—really just quintessential Americana.”

“I just wondered, how could they come back from this? What was it going to be like?” Could you rebuild Paradise?” the director added. “That became an idea that I was fascinated by, and NatGeo supported us in exploring it.”

The most destructive wildfire in California’s history, the Camp Fire claimed the lives of 85 people, while displacing 50,000 and destroying nearly 14,000 homes. Filming in Paradise over the course of a year, Howard and his team were moved by the experience of watching residents of the community, as they grappled with trauma, and committed themselves to moving forward with their lives.

“The thing that I think we’re offering audiences is a real sense of, once the cameras leave, once the spotlight’s off this crisis, a lot of unbelievably emotional and intense work goes on. The resolve gets challenged in so many different ways,” Howard reflected. “Ultimately, it’s a story of tenacity, but you couldn’t be sure of that, going in.”

First dipping his toe into the documentary space in 2013, Howard has made three more since. Routinely turning to docs over the course of his career—both as a research tool, and a source of inspiration for his narrative features—the director credits his entrée into this filmmaking world to the “late, great Jonathan Demme, who made so many great scripted movies and television shows, but also documentaries.”

“Same with Martin Scorsese, Spike Lee, people I really admire. I would talk to [them] a little bit about it, and they said, ‘You should just throw yourself into it and try it.’ And they were right,” Howard said. “I’m just so grateful for that advice.”

While working on Rebuilding Paradise, Howard was also directing Hillbilly Elegy, a Netflix drama starring Amy Adams, Haley Bennett, Freida Pinto and Glenn Close. Based on a memoir by J.D. Vance, that film is set for release this November.

To take a look at our conversation with Howard at Sundance, click on the video above.