‘America’s Most Wanted’ Returning To Fox With Elizabeth Vargas As Host
Read the full story
June 17, 2019 10:25am
3Comments 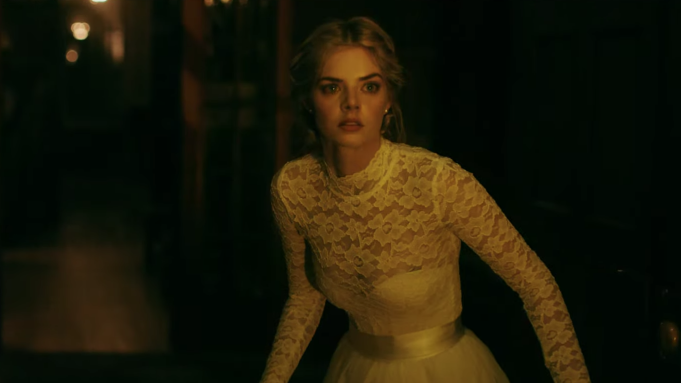 Meeting your in-laws can always be a nerve-racking experience, but imagine if they all wanted to kill you…seriously. In the new red band trailer for the thriller Ready or Not, we see that is exactly what happens for a young bride (Samara Weaving) as she meets her new husband’s (Mark O’Brien) rich — and eccentrically off-center — family.

Directed by Tyler Gillett and Matt Bettinelli-Olpin and written by Guy Busick & R. Christopher Murphy, the film follows the aforementioned bride and groom as they participate in a time-honored tradition of what seemingly is an innocent game of Hide and Seek. As events unfold and a maid gets her brains blown out, it quickly escalates into a lethal game with everyone fighting for their survival. As seen in the trailer, things get wild, violent, at times, funny, and, of course, bloody…really bloody.