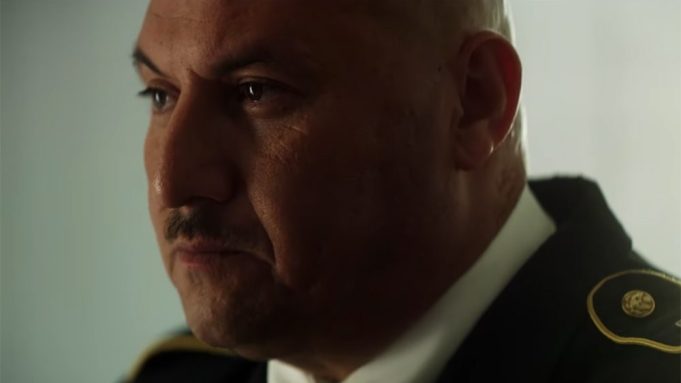 EXCLUSIVE: Showtime has released the first trailer for their new documentary Ready For War, which sheds a light on the often-overlooked issue of deported United States military veterans. The feature docu will debut on the premium cabler on November 22 at 9 p.m. ET/PT. Prior to that, it will have its Los Angeles premiere at the AFI Fest on November 19. The film had its world premiere at the Toronto International Film Festival in September.

Right out of the gate, the first trailer gives a riveting look at the docu from director Andrew Renzi (Fishtail, They Fight) and executive producers Drake and David Ayer (Fury, End Of Watch). From heartbreak to hope, the feature follows three green card holding soldiers at various stages in this process: one in Tijuana fighting to come home to American soil and reunite with his family; another in ICE detention in the U.S. fighting deportation; and a third, lost in the clutches of a drug cartel in Ciudad Juarez, waging a war that was never meant to be his own.

Set amid the bloody war of two cartels in Juarez, Mexico just south of El Paso, Texas, Ready For War serves over two years of footage and unprecedented access to these personal stories, offering a look into how a cross-section of U.S. veterans find themselves in the thick of the fight, immediately targeted and recruited by the cartels into training local soldiers – or becoming highly lethal sicarios themselves.