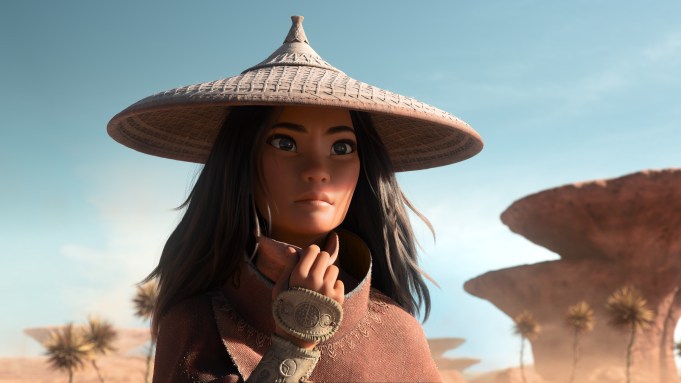 Disney’s upcoming heroine epic Raya and The Last Dragon scored a spot in the Super Bowl limelight on Sunday.

The teaser sees Tran as Disney animation’s’s first Southeast Asian lead, the ambitious Raya of Kumandra who teams with a crew of misfits in her find the Last Dragon (Awkwafina). The titular creature will save Kumandra from encroaching darkness and restore light and unity to all its citizens.

Raya and the Last Dragon comes from directors Don Hall and Carlos López Estrada and is set to premiere on Disney+ and in theaters on March 12.

See the full trailer above.