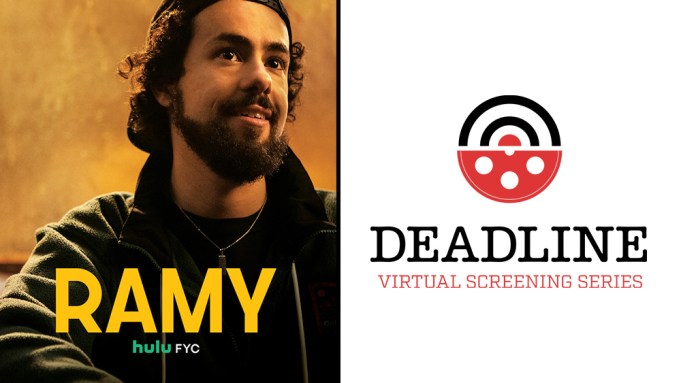 Since Ramy debuted on Hulu, show creator, director and star Ramy Youssef has seen his series jump ahead of the pack to become one of the most critically acclaimed comedies in the past couple of years — and the first season of the show just premiered in April 2019, before his first comedy special was released.

Within that small time frame, Youssef has won a Golden Globe performance as the titular character as well as a second and third season. It also has made history as the first Muslim American sitcom to score an Emmy nomination — three Emmy nominations to be exact. Youssef earned two Emmy nods for acting and directing while season 2 newcomer Mahershala Ali earned received a nod for playing Sheikh Ali Malik.

Ramy has given us something that mainstream TV has never seen before: a show about a Muslim family living in New Jersey and that’s exactly what they do: they live their life… and we get to see it unfold. It jus so happens that they are Muslim.

During the Q&A for Deadline’s Virtual Screening Series for Ramy, Youssef said, “A show like this is a tightrope walk. We have not really seen any sort of attempt at looking at an Arab Muslim family from this point of view.”

He pointed out that the use of Arabic, one of the world’s most predominant languages, in Hollywood is often tied to violence or national security. With Ramy, he had the opportunity to show a warmer, more real and grounded experience of a type of Muslim that Hollywood doesn’t show often.

In making what we’re calling the Ramy-verse, Youssef said that it was important to “keep it Ramy”, but it wasn’t for the sake of ego. “There’s an urge to market this as a show for Muslims…and I think part of why we went with my name [for the title] was to make it really clear that this is limited in scope,” he said. “This is one family and one point of view.”

“It was a dream to be on set with him,” said Youssef. “I learned so much from him.”

He added, “ He did something that was really hard to do. He joined a second season show as someone who is a star — and that’s not his presence in the show. It doesn’t feel like there’s a star in the show. It feels like he was someone that was always in the show and we just zoomed out and went to his mosque instead of the mosque we saw in the first season. It takes so much skill to do that.”

As representation is wildly paramount in Hollywood and Ramy is one of the only — if not the only — show about a Muslim family, Youssef wants people to know this show is not the end-all of Muslim narratives.

“I wasn’t elected by Muslims to represent Muslims, it’s not like everyone got together and said ‘Ramy, go!’,” Youssef laughed. “We have a chance to tell a story fully and authentically.”

He does admit that he feels nervous sometimes with the stories they introduce into in show. “A lot of the premises in the show are either an ‘A’ or an ‘F’ there’s no grade in the middle — either it’s going to work or it’s not. That’s the kind of the barometer we have. That’s what excites us.”

Watch the video above from Deadline’s conversation with Youssef.