'This Is Us': How NBC Drama Wrapped The Pearsons' Story After Six Seasons; Dan Fogelman Breaks Down Series Finale; Stars React To End
Read the full story
March 5, 2021 5:57pm 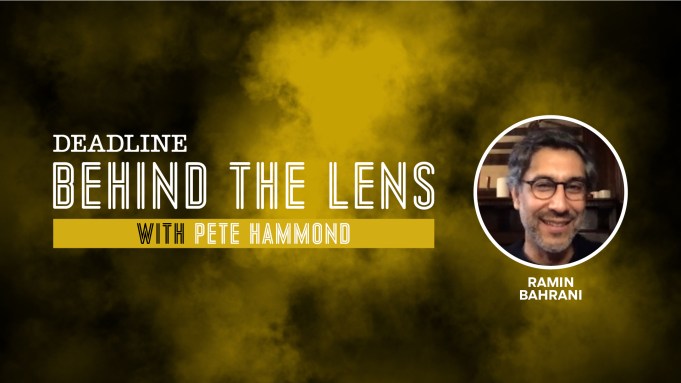 There is something that seems to link all of Ramin Bahrani’s movies, an urgent sense of social justice being one. The director of the current Netflix film The White Tiger joins me for this week’s edition of my Deadline video series Behind The Lens, where we talk about all the things that inspire him as a filmmaker; his past, present, and future career; and how White Tiger was really a film he was destined to make.

In fact Bahrani has known the author of the book on which The White Tiger is based for decades. They were the best of friends, and Aravind Adiga even did a shout-out to Bahrani on the dedication page of his novel, his debut, which won the Man Booker Prize in 2008. It is an epic-style story set in India following the journey of its main character Balram, played by  Adarsh Gouran, who goes from a poor village, to servant and driver, to Master himself in the course of a twisty tale. For his efforts in adapting the book to the screen, Bahrani has received his first Writers Guild nomination this year.

We talk about the challenges in making it, getting financing, having it seen around the globe thanks to Netflix, and the key reasons he knew he had to make it. In films like Man Push Cart, Chop Shop, Goodbye Solo, At Any Price, 99 Homes and his Emmy-nominated HBO remake of Fahrenheit 451, Bahrani has always been concerned with society’s outsiders. As he puts it they are largely unseen characters and unheard voices — immigrant, and Black and brown people generally ignored by the powers that be. His cinematic inspirations for his latest film include two from Martin Scorsese – The Wolf of Wall Street and Goodfellas. In fact, the voice-over device in the latter is also used to great effect in White Tiger.

Watch our conversation above to go Behind the Lens with Ramin Bahrani.