Continue to Deadline SKIP AD
You will be redirected back to your article in seconds
Skip to main content
January 7, 2022 4:38pm 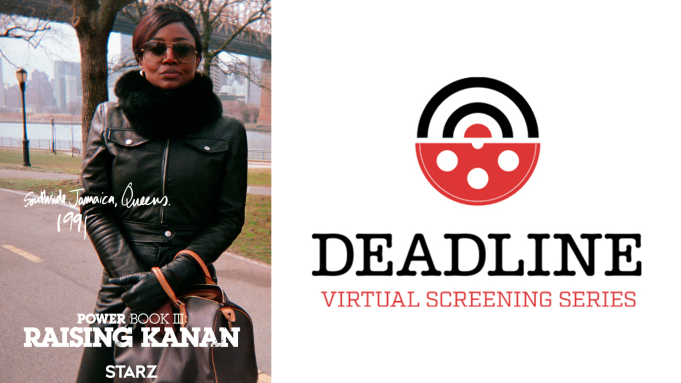 “I remember reading the script, and from the beginning to the end I was just so enthralled by the whole thing,” Power Book II: Raising Kanan star Patina Miller says of the Sascha Penn crested spinoff from Powerverse founders Courtney Kemp and Curtis “50 Cent” Jackson.

“I had never seen a character quite like Raquel Thomas …we’ve seen strong Black female characters, but what we haven’t seen is like a whole Black woman,” the Tony Award winner adds of the Drug Queenpin and mother to Kanan in the Starz series.

As you can see in the video above, the Madam Secretary vet Miller was speaking this week on the Raising Kanan panel for Deadline’s Virtual Screening Series. With participants dialing in from all over the country, Miller was joined by showrunner/creator/EP Sascha Miller. Also in attendance were fellow cast members Omar Epps (Detective Malcolm Howard) MeKai Curtis (teenage Kanan Stark) London Brown (Marvin Thomas) and Hailey Kilgore (young Jukebox).

Renewed for a second season just before its July 18, 2021 debut on the premium cabler, Raising Kanan is the second of several spinoffs of Power. However, the drama is the first spinoff from the Kemp created mothershow that is set in the past — in this case the New York City of the 1990s.

Even with an infamous character so well known to Power fans, the impetus for Raising Kanan partially came from another acclaimed source.

“What they said to me was, look we think there’s an opportunity to do something like Goodfellas as a series with this character,” Raising Kanan creator Penn says of his initial conversations about the show with EPs Kemp and Jackson. “The original Kanan, as realized by 50 Cent, just felt like a character that gave me a lot of opportunity to explore his family, and the world in which he grew up,” the spinoff EP added of the drug dealing fueled origin tale.

“I just think this is such a powerful story of Black family, Black love, Black brotherhood, a Black single mother trying to figure it out in these times,” states Love & Basketball alum Epps of the heart of Kanan to him.

Oh, and we learned a little about where things are at with Season 2, which is expected later this year. Check it out in the video above.