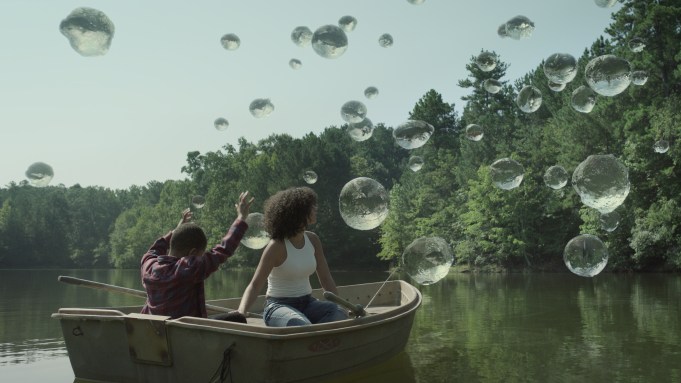 First we hear, “That kid is something special.” Later it’s, “Something is happening with Dion,” and then, “We should figure out how to get it under control.” All of the above are entirely true in Raising Dion, as a young boy struggles with his newfound powers and his single mom fights the odds to keep her son safe.

Watch the new trailer for the Netflix series above.

Raising Dion. It follows the story of Nicole (Alisha Wainwright), who she raises her son Dion (newcomer Ja’Siah Young) after the death of her husband, Mark (Jordan). The normal dramas of raising a son as a single mom are amplified when Dion starts to manifest several mysterious, superhero-like abilities. Nicole now must keep her son’s gifts secret, with the help of Mark’s best friend Pat (Jason Ritter), and protect Dion from antagonists out to exploit him while figuring out the origin of his abilities.

Here is the key art for Raising Dion, which starts streaming October 4 on Netflix: