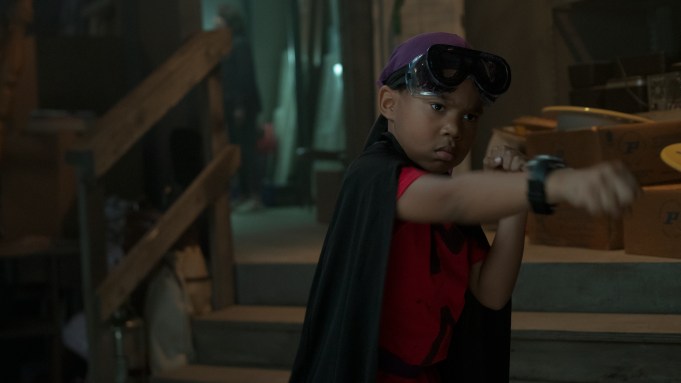 After being named one of Netflix’s 10 most popular series of 2019, the superhero drama Raising Dion is coming back for a second season. The announcement was made today via a moving video featuring renowned Senegalese painter Bou Bou painting a portrait of the series leads Nicole played by Alisha Wainwright and the titular hero Dion played by newcomer Ja’Siah Young.

Carol Barbee is set to return as showrunner for the sophomore season which will include eight one-hour episodes. Michael B. Jordan, who also appeared in the first season will return as executive producer alongside Kenny Goodman, Kim Roth, Dennis Liu and Charles D. King’s MACRO. Production will begin this year.

The first season of Raising Dion debuted on Netflix in October and follows the story of Nicole (Wainwright), who raises her son Dion (Young) after the death of her husband, Mark (Jordan). The normal dramas of raising a son as a single mom are amplified when Dion starts to manifest several mysterious, superhero-like abilities. Nicole must now keep her son’s gifts secret with the help of Mark’s best friend Pat (Jason Ritter), and protect Dion from antagonists out to exploit him while figuring out the origin of his abilities.

In addition to recently being ranked #10 most popular 2019 Netflix series overall, Raising Dion was the streamer’s #1 most popular kids and family series for last year, cementing its renewal chances.

Watch the announcement of the new season above.