Continue to Deadline SKIP AD
You will be redirected back to your article in seconds
Skip to main content
June 17, 2019 7:09am 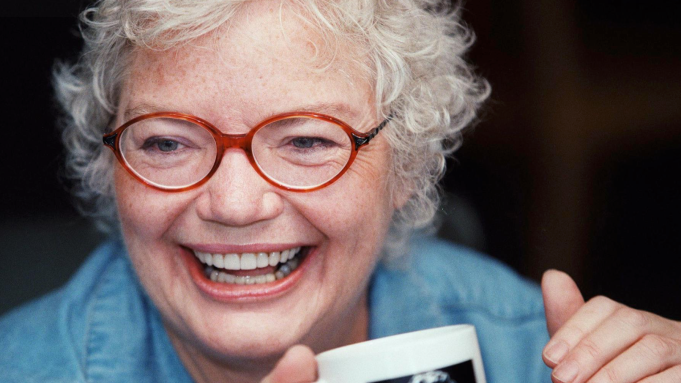 EXCLUSIVE: Magnolia Pictures has acquired North American rights to the Sundance documentary Raise Hell: The Life & Times of Molly Ivins, an ode to the firebrand journalist whose blistering political wit made her an outsized legend in the Lone Star State. Magnolia is eyeing a theatrical release by year’s end for the film, which hits plenty of the hot-button media issues in the ramping 2020 presidential race.

Ivins died at age 62 in Austin, Texas, on the last day of January 2007 after a protracted battle with cancer but the documentary from directorJanice Engel presents the late writer’s work and its legacy as more timely and trenchant than ever. Raise Hell premiered in January at the Sundance Film Festival and will be screened next month the closing-night selection at the AFI DOCS Film Festival in Washington, D.C. That June 23rd screening at the Navy Memorial’s Burke Theater is being presented in conjunction with the Washington Post Press Freedom Partnership.

The film’s synopsis frames Ivins’ story with call-to-action language: “She knew the Bill of Rights was in peril, and said ‘polarizing people is a good way to win an election and a good way to wreck a country.’ Molly’s words have proved prescient. Now it’s up to us to raise hell!”

The film will be raising more than that in the name of the First Amendment. Forty percent of Raise Hell profits will be split between the ACLU and The Texas Observer, the Austin-based news outlet.  Ivins had been a vigorous champion of the ACLU (speaking at its local chapters even in the fading health of her final seasons) and major ACLU donors provided completion funds for Raise Hell (and the group’s Texas Chapter hosted a reception for the film’s Sundance world premiere). The left-minded Observer, meanwhile, was the newsroom home for Ivins from 1970 to 1976.

That Observer job may have been the perfect fit for Ivins but she was lured away for a bumpy six-year run at The New York Times before finishing her career as a syndicated columnist with a peak reach of 400 newspapers. No matter where she was writing, she was an incendiary presence. Ivins went after politicos of every idealogical stripe. (Former President Bill Clinton, for instance, mused in 2006 that Ivins was a writer who was “good when she praised me and who was painfully good when she criticized me.”) Her targets more often than not were conservatives no one earned more of her ink than the Bush family.

Ivins, for instance, saddled George W. Bush with a notorious nickname with the bestselling 2000 book – Shrub: The Short but Happy Political Life of George W. Bush – and then followed it up with another called Bushwhacked: Life in George W. Bush’s America. (Both were co-written with Lou Dubose.)

Ivins was brash in the face of cancer, too. Her humor was one of the last things she held on to during her eight-year battle with the disease: “Having breast cancer is massive amounts of no fun. First they mutilate you; then they poison you; then they burn you. I have been on blind dates better than that.”

Magnolia President Eamonn Bowles said the documentary is much like the best work of Ivins: inherently topical and relentlessly engaging. “Raise Hell: The Life and Times of Molly Ivins is a hugely entertaining film about a larger-than-life journalist whose voice is as timely as ever,” Bowles said. “Janice Engel has crafted a wonderful, big-hearted tribute.”

Engel said Ivins was a one-of-a-kind voice in her lifetime but its echoes still carry far and wide in the contemporary media marketplace.

“People always ask, ‘Who’s the next Molly Ivins? Imagine if you were to take Samantha Bee, John Oliver, sprinkle a little Colbert and Stewart on top, mix in Rachel Maddow and Chris Hayes — you’d have one Molly Ivins. When they ask, I say it’s not one person, it’s a movement. It’s about passing on the message; all millennials, young people, the next generation that’s got to bang pots and pans and raise hell! I couldn’t be more excited to partner with Magnolia on sharing Molly’s story with audiences across the country.”

The documentary has been notably embraced in two cities that were key stops in the career of Ivins: Austin (where it won the Festival Favorites Audience Award at SXSW Festival just blocks away from the Texas State Capitol) and Minneapolis (where it won an Audience Choice Award at the Minneapolis St. Paul International Film Festival). Ivins, who grew up in Houston and studied at Columbia University, found a post-graduation job at the Minneapolis Star-Tribune where she became the first female police reporter in newsroom history. She summed up her coverage community as “militant blacks, angry Indians, radical students, uppity women, and a motley assortment of other misfits and troublemakers.”

The six-foot tall Ivins felt like an outsider herself in her school years (a “Clydesdale among thoroughbreds,” is how she put it) but her height provided the writer and her famous foil, George W. Bush, with at least one chance to see eye-to-eye: Without his boots, the resident president of Midland, Texas, is the same height.

The deal was negotiated by Magnolia EVP Dori Begley and Magnolia SVP of Acquisitions John Von Thaden with Cinetic Media on behalf of the filmmakers.