Continue to Deadline SKIP AD
You will be redirected back to your article in seconds
Skip to main content
October 10, 2019 8:17am 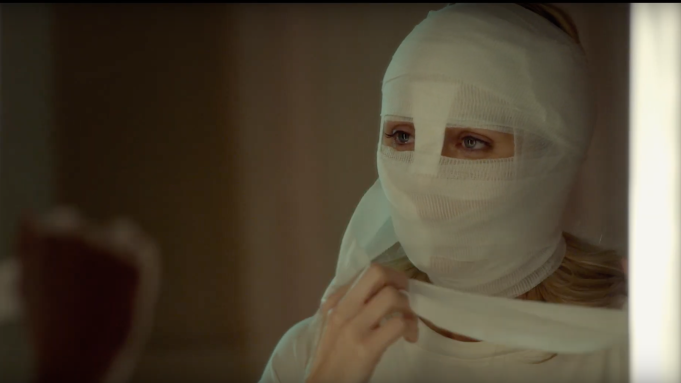 EXCLUSIVE: The Soska Sisters make their return to body horror in Rabid and, for the first time anywhere, the new trailer (above) is available this morning here and only here at Deadline. The film makes its U.S. premiere October 15 at the Screamfest Horror Film Festival and opens in select theaters 12 days before Christmas (on December 13).

“While we ourselves are not fans of remakes, as many are made for the wrong reasons, we couldn’t bear the thought of Cronenberg’s work being re-imagined by someone who doesn’t both love and understand the original material as well as his entire body of work,” they said. “So, this film was made for an audience of one, but if you love the Canadian Icon and Master of Body Horror as much as we do, this film is sure to satisfy. It’s a tremendous honor to remake a Canadian classic for a modern age, and for an all new audience through the female gaze. Our return to body horror has been long-awaited, and Rabid is truly a spectacle to behold, of nightmarish proportions.”

The official synopsis of the remake from producers: “Aspiring fashion designer Rose Miller has her dreams turned into a nightmarish reality when a freak accident leaves her horribly disfigured. After receiving a miracle procedure involving an experimental skin graft from the mysterious Burroughs Clinic, Rose is transformed into the beauty of her dreams. But nothing comes without a cost and Rose begins to feel terrifying side effects that tear at her last threads of sanity. What price will Rose have to pay to have everything she ever wanted? It may just cost her her humanity.”