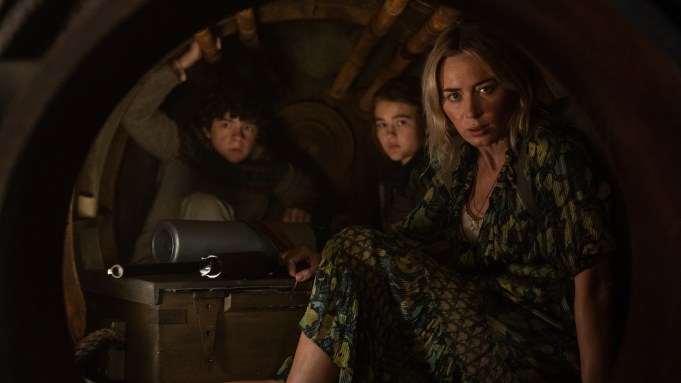 The first surprise in this new trailer for A Quiet Place Part II – set to air during Sunday’s pre-game Super Bowl coverage – is that John Krasinski is back on screen. Didn’t his dad character get killed off by the creatures last time around?

There’s a simple and immediate explanation for the seeming resurrection – hint: It’s a flashback – but bigger shockers are coming fast. We get some very good looks at those mysterious, all-hearing, long-legged things, and also a sense of the post-apocalyptic outside world in which the shattered family now travels.

The official synopsis: Following the deadly events at home, the Abbott family (Emily Blunt, Millicent Simmonds, Noah Jupe) must now face the terrors of the outside world as they continue their fight for survival in silence. Forced to venture into the unknown, they quickly realize that the creatures that hunt by sound are not the only threats that lurk beyond the sand path.

A Quiet Place Part II hits theaters, Dolby Cinema and IMAX on March 20. Check out the pre-game spot above.