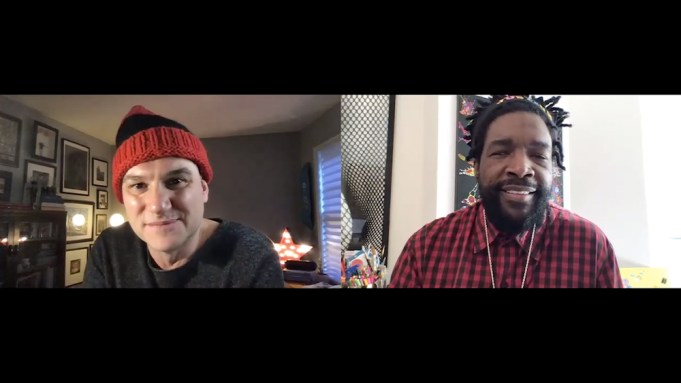 “Initially I was just trying to curate the best 15 performances and see how they would fit, as if I were doing a show,” says Ahmir “Questlove” Thompson of his directorial debut Summer Of Soul (…Or, When The Revolution Could Not Be Televised).

“And then, …because of that was happening politically in America, especially with Black Lives Matter, especially when the pandemic started hitting, it’s almost as if the musical ancestors in my life were like ‘wake up Ahmir, there’s another story to tell.” The Roots drummer and acclaimed musicologist added – as you can see in the video interview from Deadline’s Virtual Sundance Studio above.

Set to make its world premiere tonight at the semi-virtual Sundance Film Festival and a contender in the U.S. Documentary Competition category, Summer of Soul is a backbeat driven piece of hidden history of 1969’s heavyweight packed Harlem Cultural Festival. The literally found footage features ebullient performances by Sly and the Family Stone, Nina Simone, Stevie Wonder, the Staple Singers, B.B. King, Max Roach, the glory that is Mahalia Jackson, Gladys Knight and the Pips.

Occurring on weekends between June 29 – August 24, 1969 in Harlem’s Mount Morris Park, the portions of the extravaganza many called ‘Black Woodstock’ was shown on local NYC TV that summer. Still, competing against Woodstock itself, the Moon landing and later the likes of the free and fatal concert at Altamont and 1972’s Wattstax, the 300,000 attended Harlem Cultural Festival and all its implications in those tumultuous times was forgotten.

Until now, in an America equally if not more battered than the nation of 50 years ago.

“It was definitely not lost on me that not only were the circumstances that occurred before 1969 and during 1969 that caused the festival to even happen in the first place they were mirroring exactly what was happening in the time of 2018, 2019, 2020,” declares Thompson. “You know, it was almost like an exact parallel. And for me, that’s one of the scariest things imaginable that if a brilliant monumental festival falls down in the forest, there’s no one around to hear it, did it actually happen,” the artist continued.

Failing to secure a sale and find a place in America’s canon, the hours and hours of footage of the celebration of Black music, culture, politics (yes, the Black Panthers were there, as security for a while actually) and pride sat for decades on a shelf in producer Hal Tulchin’s Tri-state basement.

“All the artifacts, including the film itself was literally one second away from being discarded and tossed in the trash,” Thompson told Deadline. “For decades they’ve been trying to get this out. The only thing that properly made it to the screen was maybe 30-seconds of Nina Simone’s performance for her documentary.”

Fittingly, that Oscar nominated documentary What Happened Miss Simone? premiered on the opening night of the 2015 Sundance Film Festival as Summer of Soul is tonight.

Check out my conversation with Ahmir “Questlove” Thompson above for more on this remarkable film.