Continue to Deadline SKIP AD
You will be redirected back to your article in seconds
Skip to main content
November 29, 2019 11:00am 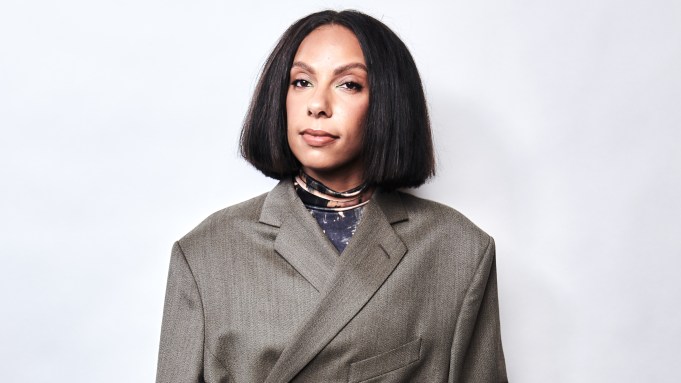 Grammy-winning music video director Melina Matsoukas is known for using her work not only to highlight African -American culture but also reflect pertinent issues in the community. That’s what made Queen & Slim the apt project for her feature directorial debut.

“The script for me was everything,” Matsoukas said at Deadline’s Contenders Los Angeles event. “It was political. It was saying something. It was illuminating issues in the black community with police brutality and so many of our struggles. But mostly because it was this beautiful love story as well. It really staddles the line between all kinds of genres. … We get to enjoy this beautiful journey between two black people.”

Starring Oscar nominee Daniel Kaluuya and up-and-comer Jodie Turner-Smith, the stirring drama follows a couple who are forced to kill a police officer in self-defense. Knowing their options are bleak, they decide to go on the run, rather than turn themselves in. But the incident is captured on video and goes viral, and the couple unwittingly becomes a symbol of trauma, terror, grief and pain for people across the country.

“It was really important to show black people as victors and not victims,” Matsoukas said. “We’re always showing what happens when we’re left on the ground and not necessarily when we fight back. These people accidentally fight back, and they become victors in a way and maybe heroes to some.”

Watch the rest of the conversation above.