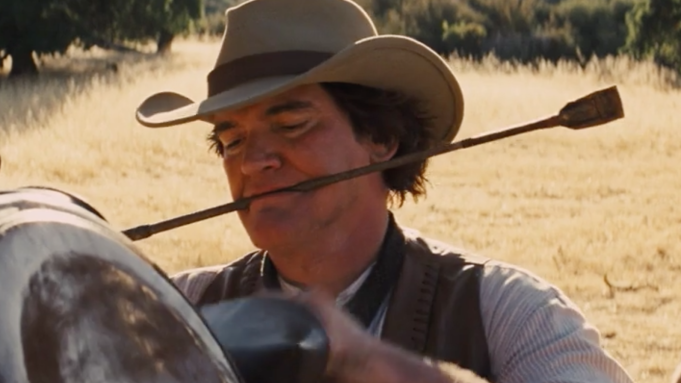 EXCLUSIVE: Tara Wood’s documentary about filmmaker Quentin Tarantino has been on quite a journey but it is almost ready for the public. Deadline has the first clip from the feature documentary and has learned that it is now going by the name QT8: The First Eight.

Formerly titled 21 Years: Quentin Tarantino, the documentary’s worldwide rights were acquired by the Weinstein Company in May 2016. After the very public Harvey Weinstein fallout, it was shelved but now it is back in the game. Wood reclaimed the rights back from the Weinstein Company a few months ago and footage of the documentary was shown at SXSW in March. The first clip (which you can watch above), features scenes from Inglorious Basterds and Django Unchained and we are treated to familiar faces from the Tarantino-verse such as Christoph Waltz, Diane Kruger, Eli Roth, and Jamie Foxx talk about working with the auteur.

Wood is in the process of finishing the film to make it available for distributors to ideally release the film later this year and will hold a screening for potential buyers in April. She’s planning a buyers screening later this month to land a distributor before it Tarantino’s Once Upon A Time In Hollywood opens in theaters.