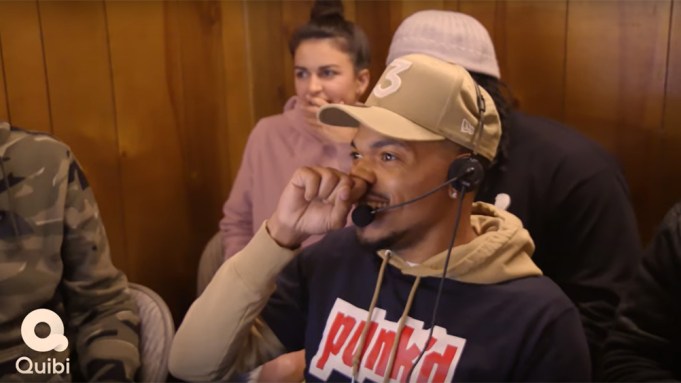 Quibi and MTV Studios have released the official trailer and unveiled the full cast for the reboot of the iconic MTV prank series, hosted and executive produced by Chance the Rapper.

Per the official logline: “The MTV series that coined the cultural verb, “Punk’d,” started a phenomenon by going where no show had gone before. Now, Chance the Rapper, along with his signature ‘3’ baseball cap, is stepping into the director’s chair with new laughs, new hoaxes and new celebrity ‘marks’ in bite-sized episodes. This time around, no stars are safe, and the hidden cameras will be there to catch every second.”

The original Punk’d, created by Ashton Kutcher and Jason Goldberg, with Kutcher serving as producer and host, first aired on MTV in 2003.

Quibi also announced that three bonus episodes of Punk’d will be given to anyone who enters their email at Quibi.com before April 6, the date the Quibi app will launch. Quibi is currently offering a 90-day free trial for a limited time to those who sign-up before April 30.

Punk’d is produced by STXtelevision in association with MTV Studios. Chance the Rapper and Jason Goldberg are Executive Producers.