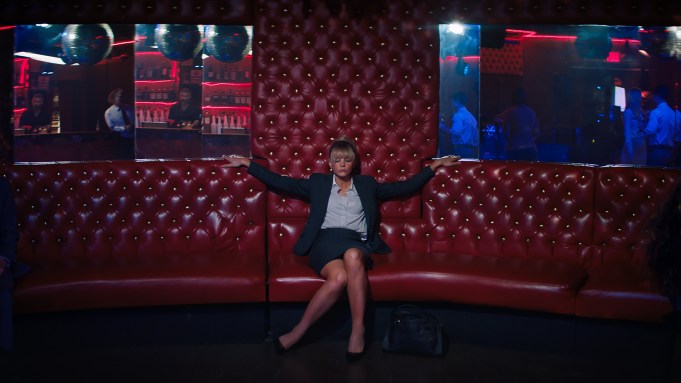 In Emerald Fennell’s Promising Young Woman, Carey Mulligan’s Cassie takes her revenge in very unexpected ways. Though it’s not stated in this new trailer from Focus Features exactly what prompted her to seek retribution (for herself or, it’s hinted, someone else), at least one exchange points the way.

The official synopsis: “Everyone said Cassie was a promising young woman… until a mysterious event abruptly derailed her future. But nothing in Cassie’s life is what it appears to be: she’s wickedly smart, tantalizingly cunning, and she’s living a secret double life by night. Now, an unexpected encounter is about to give Cassie a chance to right the wrongs of the past in this thrilling and wildly entertaining story.”

The trailer begins with a very drunk Cassie being preyed upon – until she isn’t. The turnabout sets the irresistible tone for what comes after.

Promising Young Woman, from Focus Features, will premiere at this year’s Sundance Film Festival, with a theatrical release set for Friday, April 17, 2020.