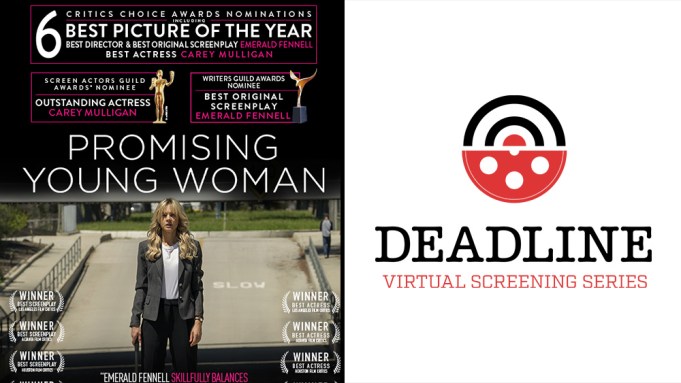 What can’t Carey Mulligan do?

We’ve seen her harmonize with a Mary Travers-like precision for the Coen Brothers’ Inside Llewyn Davis, and walk the distance of precocious teenager in her breakout role in An Education to the emotionally disrupted in Shame. And she’s partied and broke hearts like the 1920s as Daisy Buchanan in Baz Luhrmann’s The Great Gatsby, a highly coveted part which she beat out many prolific actresses for, playing opposite Leonardo DiCaprio.

The London native once again has made a stir this awards season playing Cassie in Promising Young Woman, a young woman hell-bent on revenge, who targets a fellow medical student from her past, who violated her girlfriend Nina to great extremes. It’s a Mulligan we’ve never seen before as she gracefully walks the lines of romance, thriller, comedy in a drama that speaks volumes to #MeToo.

“It needed to be handled with real delicacy,” explains Mulligan about Cassie during the Q&A of Deadline’s recent screening of the Focus Features’ title.

“I felt like I had a pretty immediate empathy for her,” say Mulligan who has already received a Golden Globe Motion Picture Drama Actress and SAG Female Leading Actress nominations for the role.

“I was so rooting for her. But I didn’t know how I was going to try and approach it. It felt like a tightrope walk of a role where you wobble in one direction too far and you can fall off and make a real hash of it,” says Mulligan who was nominated in her first time out at the Oscars in 2010 for Best Actress for An Education.

“The writing was real strong and I wanted to do it justice,” says the actress who privately carved out her character’s backstory and that of her deceased best friend Nina with Killing Eve EP Emerald Fennell who makes her feature directorial debut here with Promising Young Woman off her screenplay.

It’s rare when a movie delivers a shocking ending, and Promising Young Woman is one which will stay with viewers for decades to come, much like 1995’s The Usual Suspects.

“Very few people wanted to change the ending,” said Fennell as she went to make the pic with Margot Robbie’s Lucky Chap.

What did Mulligan think about the ending after she read it?

“I put this script down and rang up my agent Tor Belfrage and said when can I meet her? It’s such a lovely feeling to read something and think, I cannot let anyone play this part; I’ll be miserable…I have to do it,” the actress tells Deadline. After meeting Fennell, Mulligan signed for the role two days later.

Check out our fantastic conversation above with Mulligan and Fennell. Promising Young Woman is currently in theaters and available on PVOD.