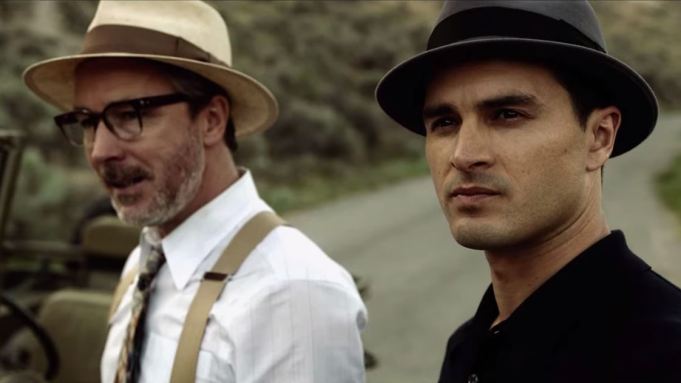 History will turn the page on Project Blue Book in two months. The cable net has set Season 2 of the UFO drama from executive producer Robert Zemeckis for 10 p.m. Tuesday, January 21. Watch the new trailer above.

Produced by A+E Studios and Compari Entertainment, Project Blue Book is inspired by the personal experiences of Dr. J. Allen Hynek (Aidan Gillen), a brilliant college professor recruited by the U.S. Air Force to spearhead this clandestine operation — Project Blue Book — that researched thousands of cases, more than 700 of which remain unsolved to this day. The 10-episode sophomore season will find Dr. Hynek and Capt. Michael Quinn (Michael Malarkey) on a dangerous quest for the truth and delve deeper into themes of global conspiracy, touch on how UFOs have impacted the evolution of our nation’s military practices and technology and lean into the nostalgia of the 1950s.

Season 2 will also kick off with a deep dive into two of the most well-known UFO cases in US history: Roswell, New Mexico, where a rancher claimed to have found mysterious wreckage on his property thought to be a UFO, and Area 51, a government-run location in Nevada historically rumored to be a magnet for paranormal events and UFO-related activity.