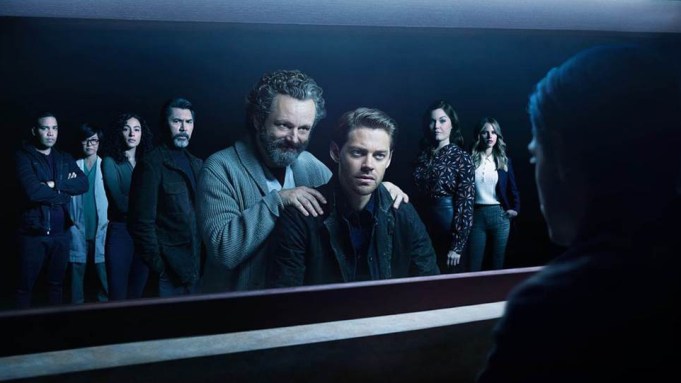 Every killer has a signature, so let’s solve a murder. Here’s an extended trailer for Prodigal Son, the upcoming Fox drama starring Tom Payne as the crime-solver and Michael Sheen as his dear old dad — who was one of the country’s most notorious killers.

Malcolm Bright (Payne) knows how killers think and how their minds work, because his father, Dr. Martin Whitly (Sheen), was the serial murderer known as “The Surgeon.” Alongside his longtime mentor, Gil Arroyo (Lou Diamond Phillips) and detectives Dani Powell (Aurora Perrineau) and JT Tarmel (Frank Harts), he helps the NYPD solve crimes by profiling killers. He also must deal with a manipulative mother, Jessica Whitly (Bellamy Young), an annoyingly normal sister, Ainsley Whitly (Halston Sage) and a homicidal father still looking to bond with his prodigal son.

Back in March, Prodigal Son passed one of the biggest tests for a pilot – recasting its lead, with Payne replacing originally cast Finn Jones after the pilot read. Payne and Sheen proved a formidable duo, drawing praise for their acting — especially Sheen, who has a showcase role as a notorious serial killer.

Prodigal Son premieres at 9 p.m. Monday, September 23. Have a look at the new trailer above — set to the Temptations classic “Papa Was a Rolling Stone” — and tell us what you think.