Continue to Deadline SKIP AD
You will be redirected back to your article in seconds
Skip to main content
October 1, 2018 1:49pm
1Comments 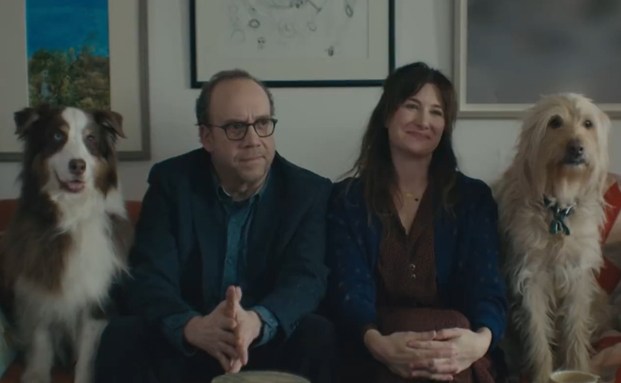 The torturous path of fertility treatments and the journey for many couples trying to have a baby would not seem on the surface to be subject matter for a laugh-filled comedy. But writer-director Tamara Jenkins has done just that with Private Life,  a smart, touching, witty, heartbreaking and fully real movie that was a hit at Sundance and now is about to become Netflix’s best movie yet. As I say in my video review above, Jenkins doesn’t make movies often; in fact, she has directed only three including terrific 1998 debut The Slums of Beverly Hills, then her Oscar-nominated script for 2007’s Savages and now this latest — which, even if it took a decade to be realized, is more than worth the wait.

Plotwise, it tells the tale of Richard (Paul Giamatti) and Rachel (Kathryn Hahn) Grimes, a 40ish couple who have been through the ringer in trying every possible method to conceive a baby but for years have had no luck while running through their savings as almost serial fertility users. In a sense they have become addicted to trying every treatment doctors can offer. After their latest attempt goes awry, they are at their wits’ end when their doctor (Denis O’Hare) suggests the previously unthinkable in vitro fertilization effort: Get a donor’s egg. For Rachel this is tantamount to treason, but Richard calmly wants to explore the possibility. Slowly she succumbs to the idea.

This leads to hilarious consequences from her confrontation with her husband on the street to actually going through a form of “online dating” to find a willing donor. When step-niece Sadie (Kayli Carter) calls and asks to stay with them for a few days, the lights go off in their heads and Sadie becomes the possible answer to their prayers. The scene where they awkwardly try to spring the idea on her is a triumph of writing and acting and is worth the price of admission alone. When Sadie actually agrees, the complications mount, especially with her parents (beautifully played by Molly Shannon and John Carroll Lynch), and things come to a head at a family Thanksgiving dinner. But there’s much more to come after that.

Jenkins miraculously manages to keep a steady tone between comedy and drama in what is undoubtedly a painful subject for many. It is one of those films where you laugh through the tears, but at no time does it ever cave to clichés or Hollywood predictability. Right up to its perfectly pitched final shot as the end credits roll by, this is a movie that knows exactly what it is doing. Jenkins is blessed to have this cast, including the exasperated but superb Giamatti, who tries to keep everything on track for a wife definitely on the edge. Hahn is just brilliant as she navigates every emotion imaginable, never ever striking a false note. As for Carter, I have to wonder where she has been hiding. She is a genuine discovery, a breakout star as a complicated young woman willing to help but in need of help herself.

Netflix has about 700 movies and shows available, by my count. Do yourself a favor and seek this one out first. Producers are Anthony Bregman and Stefanie Azpiazu. Netflix makes the film available via streaming and in limited theatrical release beginning Friday.

Do you plan to see Private Life? Let us know what you think.