Continue to Deadline SKIP AD
You will be redirected back to your article in seconds
Skip to main content
January 8, 2019 3:10pm 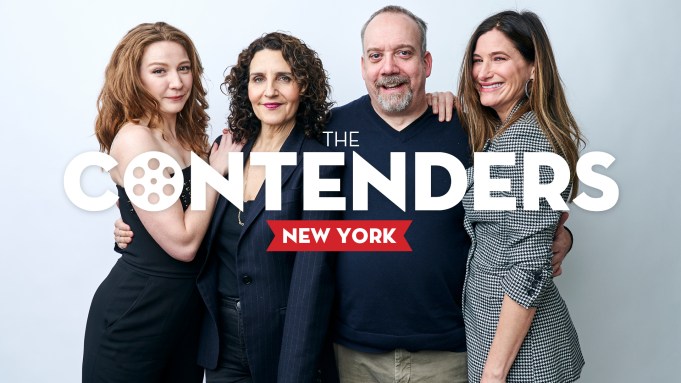 One of the films on my Top 10 Movies of 2018 list was Private Life, so naturally I was thrilled to be able to moderate that movie’s panel during the Netflix portion of Deadline’s first-ever The Contenders New York event, held last month in the Big Apple.

In front of a packed audience of invited AMPAS and key guild members, writer-director Tamara Jenkins and stars Kathryn Hahn, Paul Giamatti and Kayli Carter talked about this brilliant, heart-wrenching dramedy about a childless couple’s “co-midlife crisis,” as Hahn put it, in which they continue their unending failed attempts to have a baby. Into their life comes a young niece (Carter) who adds a whole new element when they convince her to help them in their quest.

Hahn talks about how rare such a rich and complicated role like this has come into her life and praises her and Giamatti’s instant chemistry. Jenkins tells how there wasn’t much time for rehearsal, so she got the pair together for pasta one night at Giamatti’s apartment and had them wash dishes together. Giamatti said they blended instantly, and he just followed Hahn’s lead during shooting. He also talks about how rare it is to see the male point of view represented equally in this kind of story about a couple who can’t conceive.

Jenkins also discusses how the original actress playing the niece dropped out at the last minute necessitating a quick search for a replacement — she asked her casting director to find a discovery who may be “under a rock” somewhere. In came Carter, who had been appearing in London in a play with Mark Rylance — not exactly a “rock,” but it all worked.