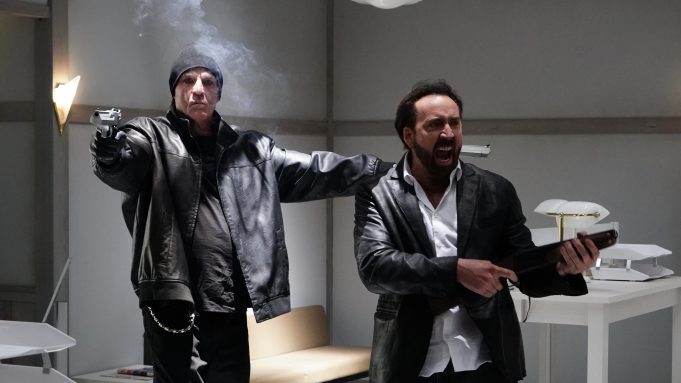 RLJE Films has unveiled the first trailer for Nicolas Cage starrer Prisoners of the Ghostland, which it will release in theaters, on digital and VOD September 17.

The crime thriller from director Sion Sono (The Forest of Love, Tokyo Vampire Hotel) tells the story of Hero (Cage), a ruthless bank robber from the frontier city of Samurai Town, who is released from jail by wealthy warlord The Governor (Bill Moseley), only to find that his adopted granddaughter Bernice (Sofia Boutella) has gone missing.

Upon his release, Hero is strapped into a leather suit that will self-destruct within five days. To remain a free man—and stay alive—he must retrieve the runaway, on behalf of The Governor.

Prisoners of the Ghostland had its world premiere at the 2021 Sundance Film Festival. Cage’s latest comes on the heels of Pig, a thriller from director Michael Sarnoski, in which he starred alongside Alex Wolff and Adam Arkin. Neon released that critically acclaimed film in theaters on July 16.

Check out the first trailer for Prisoners above.