Continue to Deadline SKIP AD
You will be redirected back to your article in seconds
Skip to main content
January 19, 2021 4:00am 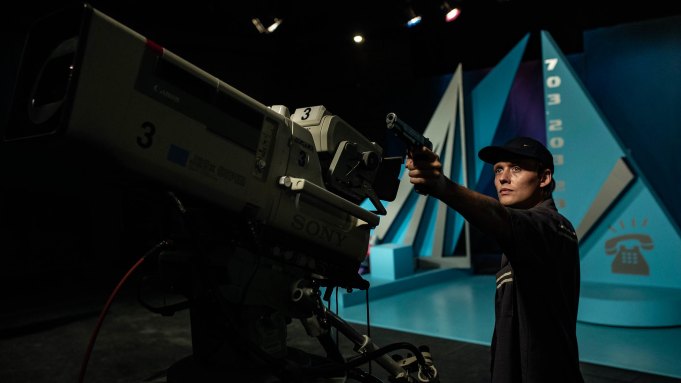 EXCLUSIVE: Here’s some intense first footage from Prime Time, the Polish feature which is set to debut in Sundance’s World Cinema – Dramatic program this year.

The movie stars Bartosz Bielenia, who shot to prominence with a breakout turn in Jan Komasa’s well received Corpus Christi, which was Oscar nominated last year.

Prime Time is set in 1999 in the world of broadcast television. Bielenia plays a young man who hijacks a TV studio and takes two hostages—a famous TV presenter and a security guard. The project is the feature debut of director Jakub Piątek.