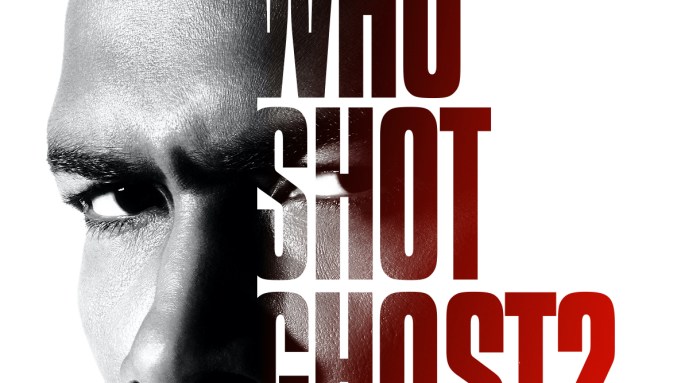 “My family needs to know if my Daddy is alive or not,” insists Michael Rainey Jr’s Tariq to a grimy NYPD interrogation room of the fate of James St. Patrick, in the new trailer for the final episodes of Power.

Set to debut on January 5, the last five episodes of the Courtney Kemp created Starz drama are all about #whoshotghost and there are suspects galore, as the November 3 Season 6 midseason finale left fans hanging. Hell, as the 1:40 trailer above unveils, there is even a 1-833-WHO-SHOT phone number. for fans to call into, like an old-time crime line.

Now, this trailer isn’t exactly new, at least not to hardcore fan of the Curtis “50 Cent” Jackson EP’d Power. The glimpse at the end of the sixth and final season actually premiered on the Starz app yesterday – as ripples across social media revealed.

Who pulled trigger that saw a bloodied Ghost falling from the bannister in his NYC nightclub? In fact, is Ghost AKA James St. Patrick even dead?

We’ll have to wait to next year to find out.

What we do know is EP Kemp has promised Power will not end in “a non-definitive fashion” and “there’s a beginning to this story, there’s a middle to this story, and then there’s an end.” We also know there are several potential spinoffs in the works and the Mary J. Blige-led Power Book II: Ghost already in production.

So maybe the question isn’t who shot Ghost, but rather who didn’t?