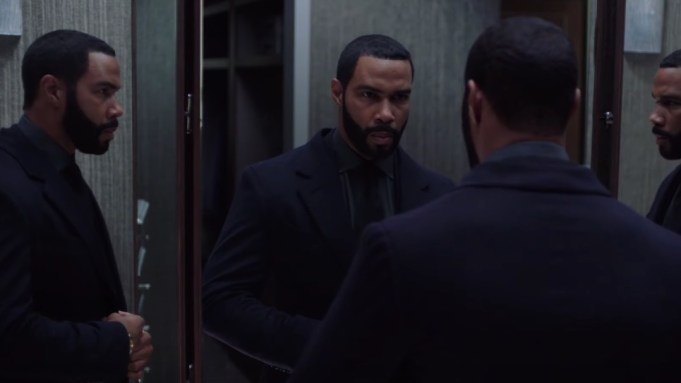 “You made this mess, you fix it,” a very pissed off Naturi Naughton’s Tasha tells her estranged husband James/Ghost (Omari Hardwick) in the life or death, truly ride or die trailer for the sixth and final season of Power, as you can see above.

Or as Joseph Sikora’s Tommy Egan declares: “This is war!”

Of course, NOLA’s Superdome won’t be the only arena Power is playing over the next few weeks. The most- watched show on Starz will be having its world premiere for the new season at Madison Square Garden on August 20, with the cast and creators in attendance and EP Curtis “50 Cent” Jackson set to rock the legendary venue.

Coming off a Season 5 that saw the death of Jackson’s Kanan character and very direct conflicts on multiple fronts boiling between Ghost, a drug lord trying to pass in the straight world, and almost everybody, including his own Michael Rainey Jr-portrayed son, Kemp has long hinted that Season 6 will not see all of the core characters exit alive.

Today’s trailer for the Jerry Ferrara and Shane Johnson co-starring and Gary Lennon co-showrun two-time NAACP Image Award-winning drama hits that nail on the head very hard, if you know what I mean?