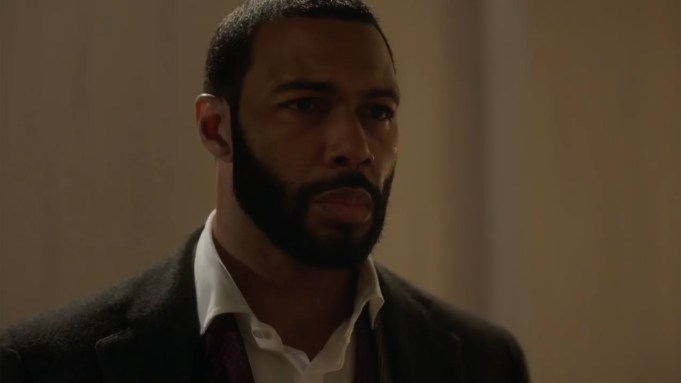 Over its first four seasons, Power has glittered with a near-seamless and polished blend of glamour, NYC grit, gangster life and ghostly ambition to great success as the most consistently watched series on Starz. However, with the July 1-debuting Season 5 of the drama starring and executive produced by Curtis “50 Cent” Jackson, the Courtney Kemp-created show makes a fundamental and successful shift, as I say in my video review above.

Fulfilling Kemp’s promise last year of “huge moves” for Season 5, it ultimately is a narrative and nature shift that serves to display the real strength behind Power’s impressive numbers.

Put it this way: Without any spoilers for the 10-episode run, past seasons of the series led by Jackson, Omari Hardwick, Naturi Naughton, Lela Loren and Joseph Sikora were fueled by the facts and fiction of the American Dream as hard-knock origins and the drug trade smashed up against well-heeled outcomes. Out of the incarceration, and investigation, of last year, this season careens into the American Nightmare of empty promises and baubles, betrayal and the murder of a child.

A lot of the promotion and spotlight for Season 5 of Power has focused on the crowd-pleasing and easy-to-hype union of past friends and sometime-harsh foes, Jackson’s ruthless Kanan, Sikora’s nut job Tommy Egan and better-than-ever Hardwick’s trying to get legit drug kingpin and now daughterless James “Ghost” St. Patrick. As the stakes rise to almost airless heights, that’s certainly something to see for old and new fans of the series.

Yet, in a deep-bench ensemble that also includes Jerry Ferrara and Sung Kang, that trio is now the damaged but beating heart of this season of loss and rage.

That core comes in the powerful patched alliance between Loren’s now-promoted federal prosecutor and Ghost’s love Angela Valdes and his estranged and enraged wife Tasha, played by Naughton, as I also say in my video review above. In some of their best work individually and with one another and the rest of Power and its potent writing, these actors pull back the layers of mourning and a mother and mistress’ anger to unveil the complexities of loss in a life where a body count always seemed in the cards until it was the life of the child in which so much hope was invested.

In this moment of mass shootings and families being separated at our southern border, Power Season 5 is not just good television, it is vital.

For more, watch my video review of Power Season 5 above and tell us will you be watching the Starz drama on the small screen or via app on Sunday?

This review was originally posted on June 28.