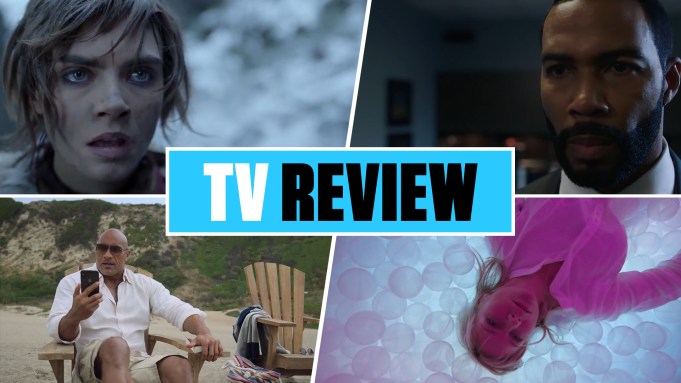 It’s back to school for the kids and for the small screen this week, with some big lessons, big ambitions and big exits on the programming curriculum. To continue the metaphor, the first test will be to figure out what show you have to watch this week. The only way to score that A is to watch my review above to discover the correct answer – and I will tell you, there’s historical and mystical wild cards in there you may not see coming.

Another week also means another debut by Dwayne Johnson, surely the hardest-working man in show business since the Godfather of Soul himself. The hard-charging Hobbs & Shaw star is back with a fifth season of Ballers on HBO on August 25.

That same Sunday night sees the premiere of Showtime’s Kirsten Dunst-led On Becoming a God in Central Florida and the start of the sixth and final season of Power on Starz.

Fueled by pyramid scheme fantasies and nightmares back in the early days of the 1990s, the Robert Funke- and Matt Lutsky-created comedy On Becoming a God goes very dark very often with the talented Melancholia star. Having traveled from AMC to a defunct YouTube Red deal to its perch at the CBS-owned premium cabler, the series sees Dunst fronting a Sunshine State-based cast that includes almost unrecognizable Big Little Lies star Alexander Skarsgård.

Shooting straight out of its cliffhanger ending of last year, Power is back with big rich town vengeance, literally and figuratively, on Sunday. Having previewed last night at NYC’s Madison Square Garden and set to appear on the Starz app the day before its linear lift-off, the supersized two-part opener of the last season of the Courtney Kemp-created drama is both taking a shot at the devil and paving the road for one official spinoff and numerous expected entities.

Launching on Amazon on August 30 after previewing at Comic-Con last month, the already renewed Carnival Row is the big-budget and big-swing type series for which the House of Bezos wants to aim. Set in a very steampunkish world where humans and faeries live uneasily side-by-side, the fantasy drama created by Rene Echevarria and Travis Beacham stars a winged Cara Delevingne and detectiveplaying Orlando Bloom as lovers in a dangerous time.

Now, pencils down and jump into that world and more in my review – tell us what you think too.