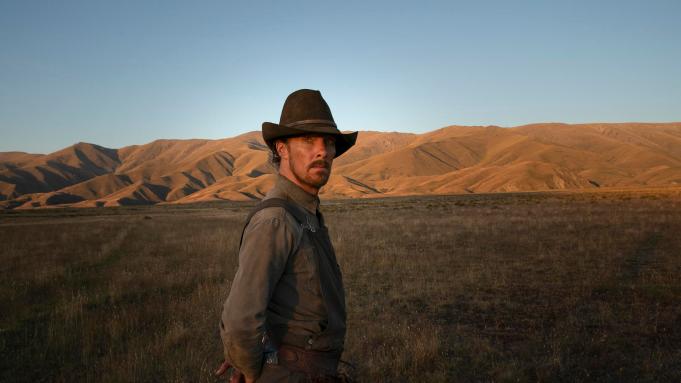 UPDATED with official trailer: Netflix on Thursday released the official trailer for The Power of the Dog, the Jane Campion Western that has been gearing up for Oscar season push since premiering at the Venice Film Festival. It will get a theatrical release later this month before it hits the streamer December 1.

Campion wrote the script based on Thomas Savage’s 1968 novel. Set in 1925, it centers on the wealthy Burbank brothers Phil and George (Benedict Cumberbatch and Jesse Plemons, respectively) who are are wealthy ranchers in Montana. At the Red Mill restaurant on their way to market, the brothers meet Rose (Kirsten Dunst), the widowed proprietress, and her impressionable son Peter (Cody Smit-McPhee). Phil behaves so cruelly he drives them both to tears, while George comforts Rose then returns to marry her.

Phil swings between fury and cunning, his taunting of Rose takes an eerie form – he hovers at the edges of her vision, whistling a tune she can no longer play. His mockery of her son is more overt, amplified by the cheering of Phil’s cowhand disciples. Then Phil appears to take the boy under his wing. Is this latest gesture a softening that leaves Phil exposed, or a plot twisting further into menace?

PREVIOUSLY, August 26: With the debut of the trailer for The Power Of The Dog today, the world got a glimpse of Oscar-winner Jane Campion’s first feature since 2009’s Bright Star.

Set in 1920’s Montana and shot in New Zealand, the Netflix film stars Benedict Cumberbatch as the brutal, wealthy rancher Phil Burbank. At a restaurant on their way to market, Phil and his brother George (Jesse Plemons) meet Rose (Kirsten Dunst). She is the widowed proprietress who runs the restaurant with her impressionable son Peter (Kodi Smit-McPhee). Phil is cruel and drives them both to tears. George comforts Rose — and later marries her.

That begins a series of events through which Phil swings between fury and cunning, taunting Rose and mocking her son more overtly. But then Phil appears to take the boy under his wing. It might be a gesture of kindness or further menace or maybe something deeper.

The Power Of The Dog will be in Select Theaters on November 17 and on Netflix December 1.