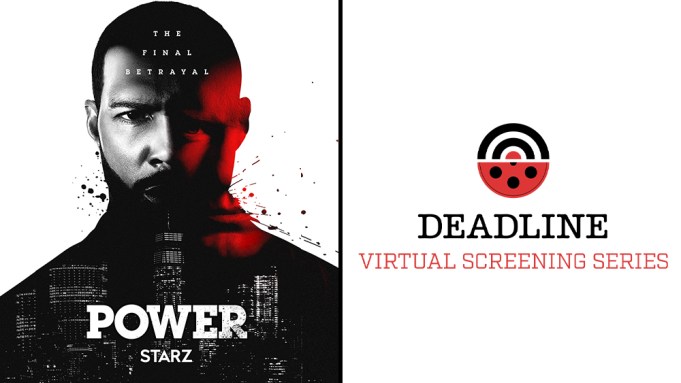 “I guess what I would say is that it’s more of a Rashomon kind of structure, where it’s telling you story through specific characters,” Power creator Courtney A. Kemp explained of the shifts in time and perspective similar to Akira Kurosawa’s 1950 classic that made up of the end of the hit Starz series earlier this year.

“Obviously, I was also doing Who Shot JR?, which was formative for me as a kid cause my parents watched Dallas,” the executive producer added during our June 12 Deadline Virtual Screening Series panel. Before the panel, hundreds joined online to watch the Anthony Hemingway-directed Power finale “Exactly How We Planned.”

The last episodes of the sixth and final season of Power saw audiences treated to a high-wire mystery within a murder of Who Shot Ghost? as the answer to which one of seven individuals pulled the trigger.

Spoiler alert if you didn’t see the Kemp co-written ender: the son and the estranged wife emerged as the gunman and the mother who took eventually the fall for her child.

“In the age of on-demand, we were water cooler television,” Kemp asserted at the screening, noting how millions of Power fans flocked to Starz’s app to get the latest episode at midnight on Saturdays — more than a day before the show aired on the premium cabler. “So, I felt I had an opportunity to be Appointment Television, like the ’80s,” the EP said.

Along with Kemp, Naughton and Rainey, our panel saw director Hemingway (who also helmed the very first episode of Power back in 2014) and Curtis “50 Cent” Jackson online with us. As well as playing the now departed Kanan on Power, hip hop superstar Jackson is an EP on the series and made his TV directing debut during this sixth and last season – which had some lessons of its own, he revealed.

Now, while Power is over, there is more to come with a plethora of spinoffs set and in the works. However, in the meantime, pull back the curtain on what really went down on the mothershow.

So, power up and watch the video above.

Hope to see you at our next Virtual Screening Series soon.