Continue to Deadline SKIP AD
You will be redirected back to your article in seconds
Skip to main content
September 1, 2020 3:20pm
1Comments 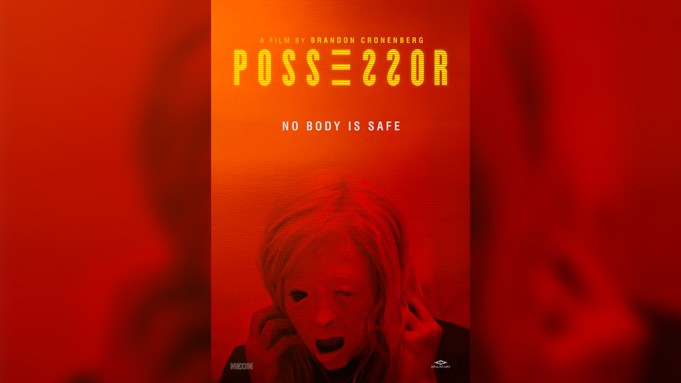 In Brandon Cronenberg’s Possessor, the hitman film gets a trippy out-of-body twist.

The uncut trailer for Cronenberg’s latest title sees Andrea Riseborough as Tasya Vos, the top performer of a secret assassination agency. Unlike other organizations that rely solely on the strength and combat savvy of its recruits, Tasya’s home organizations does missions quite unconventionally.

Riseborough Tasya, hooked up to an intricate helmet, doesn’t do the killing herself but instead possesses the minds of others to do her bidding.

“Our next contract’s a big one. The target is the CEO fo the largest operation in the U.S.,” Jennifer Jason Leigh’s agency boss Girder tells Tasya. “You’ll be binding to Colin Tate. We can’t afford any mistakes on this one.”

But when Tasya’s possession of Colin Tate’s (Christopher Abbott) body jeopardizes the mission, the two minds battle it out for full control. The uncut trailer features Abbott and Riseborough’s characters facing off and threatening each others’ family to show who truly holds the power.

“Sometimes, that small thought is all it takes to lose control,” Abbott and Riseborough say simultaneously.

Possessor is set to hit theaters on Oct. 9.