Continue to Deadline SKIP AD
You will be redirected back to your article in seconds
Skip to main content
September 9, 2019 1:51pm 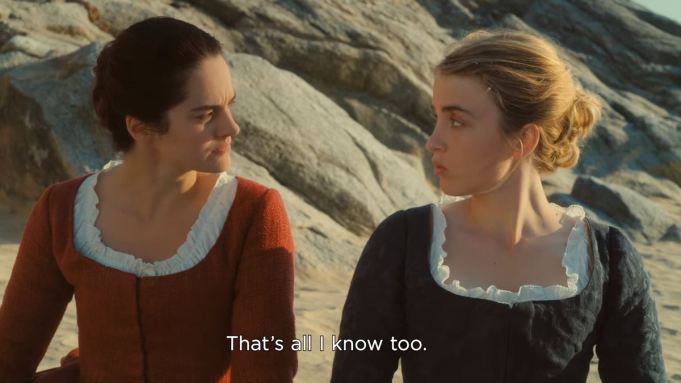 A portrait artist is commissioned to paint a potentially difficult subject: “She exhausted the painter who came before you,” the woman’s mother tells the painter. “What happened?” she replies.

Did we mention that the subject’s suitor is from Milan and will take the family there if he likes the portrait? No pressure or anything.

Here is the English-captioned new trailer for Portrait of a Lady on Fire, the French period drama starring Noémie Merlant and Adèle Haenel to which Neon and Hulu took North American rights in a competitive situation at Cannes in May. Céline Sciamma directed it.

The intriguingly titled film’s logline: France, 1760. Marianne (Merlant) is commissioned to paint the wedding portrait of Héloïse (Haenel), a young woman who has just left the convent. Because she is a reluctant bride-to-be, Marianne arrives under the guise of companionship, observing Héloïse by day and secretly painting her by firelight at night. As the two women orbit each other, intimacy and attraction grow as they share Héloïse’s first moments of freedom. The portrait soon becomes a collaborative act of and testament to their love.

Luana Bajrami and Valeria Golino also star in the film produced by Bénédicte Couvreur. Take a look at the trailer above and the key art below, and tell us what you think.