Continue to Deadline SKIP AD
You will be redirected back to your article in seconds
Skip to main content
May 20, 2019 8:00am 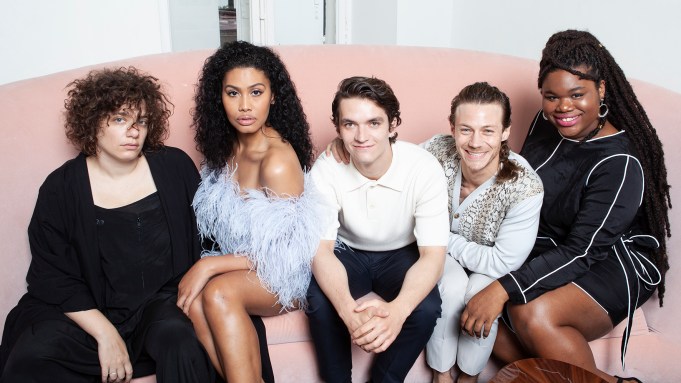 Martin Scorsese is a producer on Port Authority, via his company Sikelia’s joint venture with RT Features to foster emerging filmmakers. Says Lessovitz, who’s also a Deadline One to Watch this year, “For a project like this, which is trying to break some barriers in terms of representation and in terms of giving space to people who have been deserving for a very long time… for (Scorsese) to make space not only for me, but for the project and to make space for us as someone who is admired and loved by the world only helps the message of the film and spread these very important stories.”

The story follows Paul (Whitehead), who arrives at the titular bus station and quickly meets eyes with Wye (Bloom), a girl voguing on the sidewalk. An intense love blossoms, but when Paul discovers that Wye is trans, he is forced to confront his own identity.

In the video above, Jones marvels at the experience of bringing her first film to Cannes, “I don’t think I could have prepared for something like this. The ambiance, the glitz, the glamour is beautiful, but seeing the cast on the carpet… you don’t see a lot of black and brown bodies and especially queer bodies.” Jones also appears in Port Authority.

Lessovitz also notes that Cannes was instrumental in her becoming a filmmaker. “Filmmmaking has the capacity to either mask the truth or get to a deeper truth. Growing up, I didn’t really resonate with a lot of the films I was seeing from the U.S… The second I started seeing the work of the Dardenne brothers or Jane Campion, I felt that it was closer to poetry.”