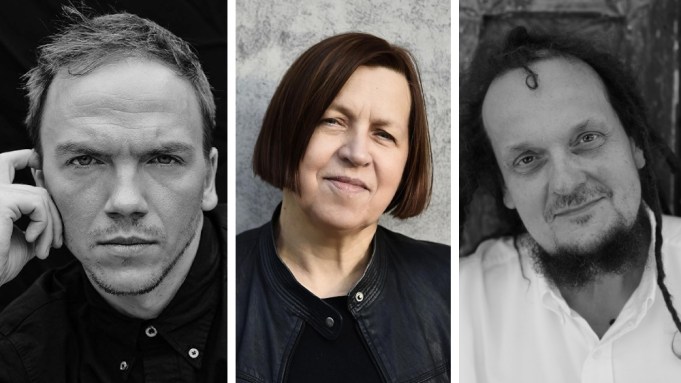 Here you can watch highlights from Deadline’s event with three top Polish film professionals who joined us to discuss the country’s recent successes, which have seen it record multiple Oscar nominations in successive years on titles including Cold War, Corpus Christi and Loving Vincent. The panel was hosted in partnership with the Polish Film Institute.

Corpus Christi filmmaker Jan Komasa joins us to discuss the remarkable journey of his movie, which travelled festivals around the world, winning multiple awards, before it rode that momentum all the way to the Oscars where it was nominated in the International category. He also talks about The Hater, his most recent feature which won an award at Tribeca this year, despite the fest having to cancel its physical edition, and was then bought by Netflix for the rest of the world. The movie had its theatrical release in Poland cut short by the pandemic, but the filmmaker still hopes it will find a wide audience due to its timely themes.

“The Hater depicts the theme of ‘internet’… we’re on lockdown and we’re all using the internet for contact… so I would say The Hater is much more relevant now than it was before,” Komasa told us. “The themes I’m trying to show are at the core of what is going on right now, socially, economically, politically. Watching these upheavals, riots, social anxiety – I would say The Hater is becoming more relevant. To a certain degree I don’t have to watch the film, I just have to watch the news.”

The filmmaker also discussed the contrasts between the two titles. “The two films are totally different. Corpus Christi was trying to infuse the viewers with a little hope. The Hater was meant to be kind of a provocation, a goodbye letter to democracy.”

Deadline was also joined by Ewa Puszczyńska, one of Poland’s top producers with credits including Cold War and Jonathan Glazer’s untitled next project, which the exec revealed is going to have to push production to next year due to the pandemic.

“Nothing is being born overnight. It started when the Polish Film Institute was established, and Polish films could be properly financed with that help. Now, very recently the country’s incentives were finally implemented into the system after many years of lobbying. It seems to work well, and there have already been productions that have used it,” she said, referencing the 30% tax rebate scheme introduced in the country in 2019. “We can offer practically anything, from the seas to the mountains, lakes, modern, old… hopefully it will make Poland a center of central Europe for everybody to come and make their films.”

Animator Mariusz Wilczyński also joined the panel, discussing his debut feature film Kill It And Leave This Town, which premiered at the Berlinale this year after a remarkably lengthy production journey.

“The movie was supposed to be 10 minutes long, but as I went into the project I realized it would not be so. I wanted my older heroes to be in the movie, I recorded those actors that influenced my imagination as a child. The characters started to grow and the movie had to be longer. This was the first time I had worked with actors, I did silent movies before. I had fantastic actors like Andrzej Wajda and Irena Kwiatkowska, they started to bring their personalities into my movie, it started growing and growing, and finally it became 90 minutes. The actors I mentioned are already dead and it was a very strange feeling for me as they are still waiting for their final film premiere,” said the director.

Unfortunately, the film had its release delayed by the lockdown, but the filmmaker said he remains optimistic for its future prospects.