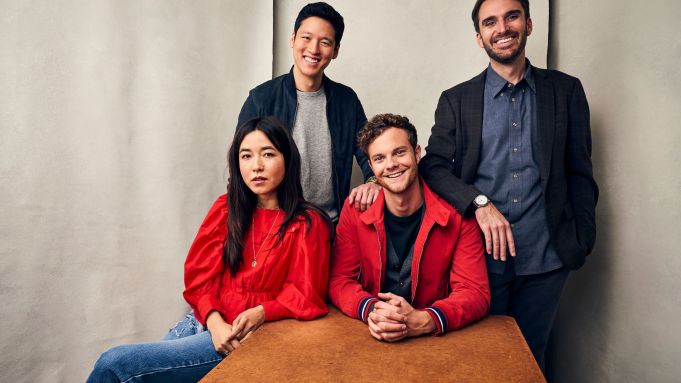 Post Wedding Crashers, Red Hour’s new independent film Plus One takes a different angle on the wedding comedy, this time from his and her seats at the singles table.

Ben (Jack Quaid who is poised to set summer on fire in Amazon’s anti-superhero series The Boys) and Alice (Maya Erskine, co-creator and star of Hulu’s Pen15) play college friends who have but no choice but to battle wedding season as friends around them drop into matrimony. They make a pact to not go it alone through bad toasts, drunken stupors, and flash dance mobs. However, they’re headed to one of the weddings that Ben has to suffer the most from: His father’s remarriage (Ed Begley Jr.).

Co-directors and scribes Jeff Chan and Andrew Rhymer developed Plus One for Red Hour when all of their friends started getting married. “For each of us, it was a pretty intense time – the end of our friend group’s post-college unity as free, wild, single people and a dawn of anxiety, causing us to wonder if and when we were supposed to be doing the same as everyone around us. We felt like setting a love story between old friends against a backdrop of all these weddings was a great way to channel some of our thoughts and feelings about these defining moments of change that we know all people go through at some point. We also just thought it be super fun to get to design 10 totally different weddings and use them to tell a full story,” both said.

However,what stands out in this comedy is Quad and Erskine’s chemistry,  and that’s because they went to elementary school, and attended NYU together with Chan and Rhymer. Even with those connections, Chan and Rhymer went a step further in creating camaraderie with the cast: They had them all participate in a wizarding-theme Escape Room out in Los Angeles. Check out their interview above. Remaining showtimes at Tribeca are here.