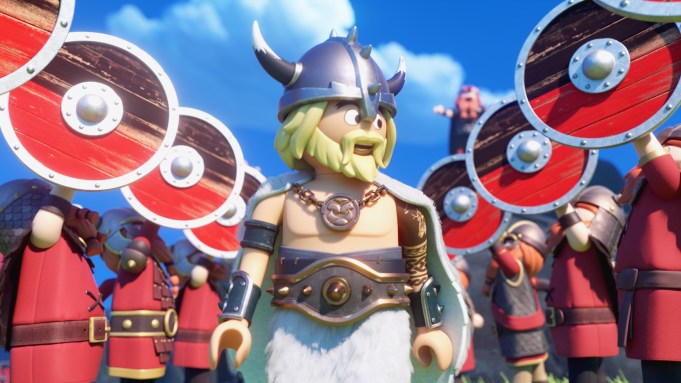 It’s all fun and games until people start to disappear. Well, we’re “100 percent almost sure” about that.

Here is the new trailer for Playmobil: The Movie, STXfilms’ animation/live action adaptation of the popular toy line. This is how the game plays out: A top-secret organization has caused citizens from different lands to vanish from thin air. The dashing and charismatic secret agent Rex Dasher (voiced by Daniel Radcliffe) must partner with smooth-talking food truck driver Del (Jim Gaffigan) and Marla (Anya Taylor-Joy), a smart, savvy civilian with her own secret agenda, to rescue them. Against unthinkable odds, the spy and the civilians go on a fantastic journey across stunning new worlds as they gather clues for their rescue mission.

The trailer reminds us that “some heroes are unshakable, others are unstoppable, but only one kind is part of a portable 10-piece set.” The voice cast also includes Gabriel Bateman, Adam Lambert, Kenan Thompson and Meghan Trainor.

Here is the new Playmobil poster: