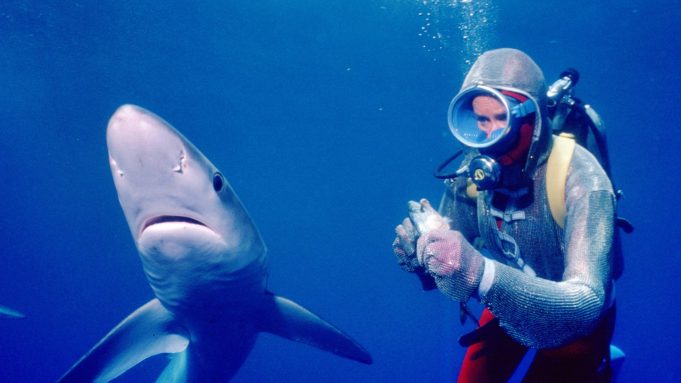 EXCLUSIVE: Deadline has your first look at Playing with Sharks, a National Geographic Documentary Film premiering exclusively on Disney+ on July 23.

The documentary feature, written and directed by Emmy nominee Sally Aitken, centers on Valerie Taylor, the underwater filmmaking and shark research pioneer, whose life work has become the basis for much of what we now know about sharks. It tells the story of Taylor’s trailblazing journey, as an advocate for the ocean’s most maligned and misunderstood creatures, by way of underwater archival footage and interviews with Taylor herself.

Playing with Sharks had its world premiere in January at the 2021 Sundance Film Festival. Pic was produced by Bettina Dalton and WildBear Entertainment. Its exec producers include Alan Erson for WildBear; Anna Godas and Oli Harbottle for TDog; and Paul Wiegard for Madman Entertainment.

The documentary is part of Nat Geo’s ninth annual SharkFest, which promises to be the largest ever, taking place across four networks (National Geographic, Nat Geo WILD, Nat Geo Mundo and Disney XD) and Disney+ over the course of six weeks. SharkFest kicks off on Monday, July 5 with the premiere of Shark Beach with Chris Hemsworth.

The first official trailer for Playing with Sharks can be found above.