Continue to Deadline SKIP AD
You will be redirected back to your article in seconds
Skip to main content
July 17, 2019 7:21am
2Comments 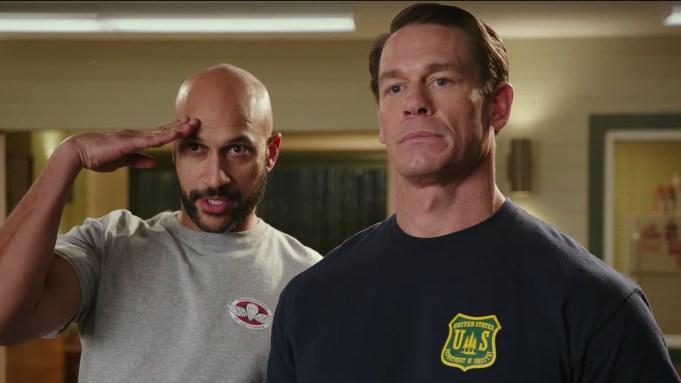 Paramount released the first trailer for Playing With Fire, the upcoming family comedy starring John Cena as a firefighter who, along with his team (Keegan-Michael Key, John Leguizamo and Tyler Mane) rescue three children and, unable to locate the siblings’ parents, become inadvertent and unlikely babysitters.

Think three or four men, a few babies (well, kids) and a wildfire.

Directed by Andy Fickman (Kevin Can Wait) from a screenplay by Dan Ewen and Matthew Lieberman (story by Ewan), Playing With Fire (a Paramount Pictures and Paramount Players presentation, in association with Walden Media of a Broken Road production, is exec produced by Mark Moran and produced by Todd Garner, Sean Robins.

In addition to Cena, Key, Leguizamo and Mane, the film’s cast also includes – as the children – Brianna Hildebrand, Christian Convery and Finley Rose Slater as well as Dennis Haybert and Judy Greer.

Paramount releases Playing With Fire to theaters on Nov. 8. Check out the trailer above. And here’s the new poster: