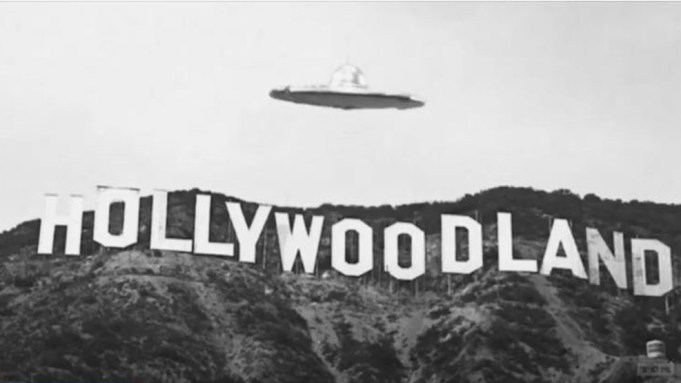 For a second year in a row, the much-anticipated (by film nerds at least) TCM Classic Film Festival has been forced, due to Covid concerns, into a virtual format. The annual four-day event, held in Hollywood at the TCL Chinese Theatre and other venues, began over a decade ago to serve as a live in-person version of what Turner Classic Movies does regularly on its own cable channel. The chance to see these movies again — some specifically restored to their former glory to premiere at the fest — was irresistible for fans who traveled from all points in the U.S. and around the world to see the films on the big screen, and attend panels and Q&As with their filmmakers and stars. The worldwide coronavirus pandemic has, hopefully for the last time, forced TCM to try and re-create the feel of the festival again this year on its own channel, while throwing WarnerMedia’s sister service HBO Max into the mix as well.

Airing tonight beginning at 8 p.m. ET/5 p.m. PT, this virtual TCM Classic Film Festival will begin four days of events and movies with the 60th anniversary  screening of West Side Story, premiering simultaneously on TCM and HBO Max and featuring a Zoom reunion of three of its stars: the Oscar-winning duo of Rita Moreno and George Chakiris, as well as Russ Tamblyn who played Riff, leader of the Jets. TCM primetime host Ben Mankiewicz hosts. It comes just days after Steven Spielberg’s remake, set for release in December (and also delayed due to Covid), showed off its first look in footage that debuted on the Oscars. Moreno, who played Anita, actually has a different role in the new version.

Among other highlights of the virtual fest that concludes Sunday will be a Masters collection with director Barry Levinson and documentarian Barbara Kopple; a special screening of the 1975 Oscar-winning film One Flew Over the Cuckoo’s Nest introduced by Michael Douglas;  co-star Jacqueline Bisset introducing the Steve McQueen classic Bullitt; and a tribute to comedian Martin Short with showings of Clifford and Innerspace. All of the above will be on HBO Max, another effort to get potential subscribers to discover Warner’s ambitious new streaming service, and using the built-in movie-centric fan base of TCM to do it.

I would personally recommend trying to catch the documentary Nichols and May: Take Two, a TCM premiere on the legendary comedy team of Mike Nichols and Elaine May, both of whom went on to significant directing careers. It airs on TCM at 11:45 a.m. ET Saturday followed by a screening of Nichols’ seminal feature directorial debut, 1966’s landmark Who’s Afraid of Virginia Woolf?, and a conversation with Mark Harris, author of the must-read new biography Mike Nichols: A Life.

Perhaps the most unusual entry of the weekend on TCM will be a “table read” of Ed Wood’s notoriously awful 1959 Plan 9 From Outer Space, generally considered one of the worst, if not the worst, film of all time — the Citizen Kane of bad movies. What it is doing as a highlighted feature of a “classic” film festival is anyone’s guess, but probably because being so bad has earned it that unique “classic” distinction. Comedian Dana Gould adapted it and the reading will feature Maria Bamford, Bobcat Goldthwait, Oscar Nunez, Laraine Newman, Bob Odenkirk, David Koechner, Janet Varney, Jonah Ray, Paul F. Tompkins, Gary Anthony Williams, Baron Vaughn, Deborah Baker Jr. and Kat Aagesen.

Check out a preview of what they have wrought by watching the video above. Perhaps it will help you decide if you want to devote a full hour and seven minutes to see all of it when it premieres Friday, ready for its primetime close-up, at 8 p.m. ET. It will be followed by the unencumbered original film (even longer at an hour and 19 minutes); a screening of 1982’s critically reviled sequel, Grease 2; and then, cleverly, the Oscar-winning and critically acclaimed Mel Brooks 1968 film The Producers which happens to be about an attempt to stage the worst Broadway play of all time.

The virtual festival is promising more than 100 films and 30 special guest spread across TCM and HBO Max over the four days. OK, but next year back to Hollywood and the movie theatre experience of seeing these “classics” the way they were once meant to be seen.