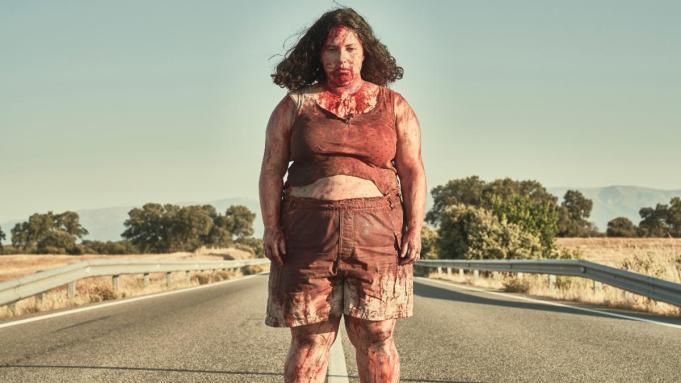 EXCLUSIVE: Here’s your first clip of Spanish-language horror Piggy, which is debuting in Sundance’s Midnight strand.

The film is a bloody fable about Sara, a teenager in a rural Spanish village who is constantly tormented by ‘the popular girls’, including her former best friend, because of her body type. One day at the local pool she witnesses her bullies violently kidnapped by a mysterious stranger. Sara, who normally feels unable to express herself to both her family and neighbors, suddenly faces a moral dilemma as she must decide between saving her tormenters from a bloody end or giving into the desire for revenge.

Writer-director Carlota Pereda has adapted her short film of the same name. Newcomer Laura Galán stars as the beleaguered Sara.