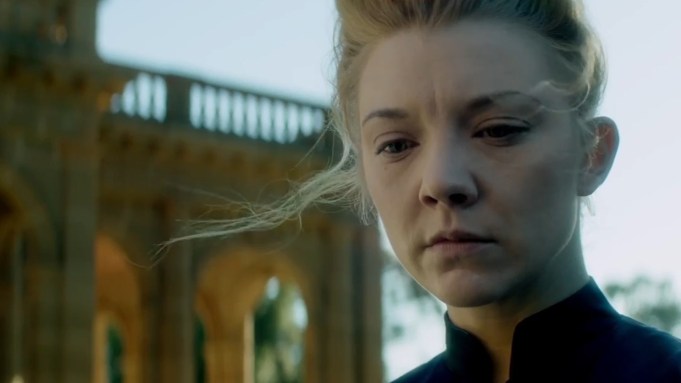 If you thought Natalie Dormer could gut her opponents with a glance on Game of Thrones, the actor will leave you impressively chilled in the new version of Picnic at Hanging Rock. Launching on May 25, Amazon’s six-part limited series based on Joan Lindsay’s 1967 novel set in 1900 Australia is a lush, often haunting, immensely satisfying and sometimes tormenting endeavor. But as I say in my video review above, even with a crafty and strong cast, this feast from showrunner Larysa Kondracki and writers Beatrix Christian and Alice Addison finds Dormer clearly sitting on this corseted saga’s Iron Throne.

This Picnic draws from the same source material as Weir’s seminal 1975 film: the fallout of the Valentine’s Day 1900 disappearance and presumed death of three students and a teacher from the Appleyard College girls school. But it also brings Lindsay’s mystery to life in its own distinct manner. For one thing, PAHR 2018 puts the realities women faced in the late Victorian period at its core, while also interpreting the tale in a tone and temperament updated for the 21st century that forcibly resonates.

With defiance, sharp elbows and dismissives, Dormer’s headmistress Hester Appleyard is running from something and towards an unknown as the disappearances begin to unravel the taunt string that holds everything together for her. If Dormer’s royally scheming Margaery Tyrell over several seasons of GoT was her calling card to the big leagues, this performance is a full-blown star turn for the ever-expanding House of Bezos.

So, if you are planning a Memorial Day weekend binge, take a look at my video review of Picnic At Hanging Rock for more of why I think the series should be on the menu.