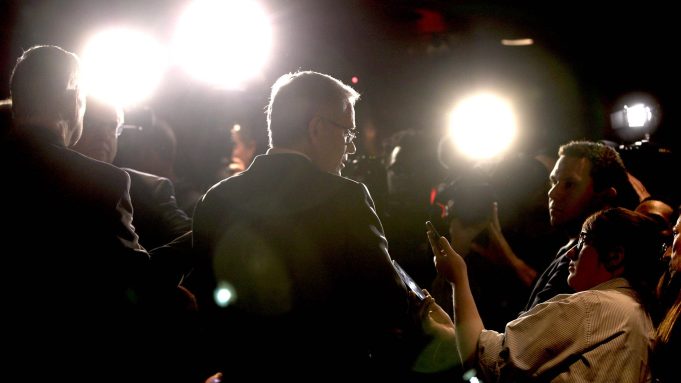 EXCLUSIVE: Here’s your first look at the trailer for the upcoming PBS Independent Lens documentary series Philly D.A., which is premiering tonight at the Sundance Film Festival, at 6 PM PT.

The series created by Ted Passon, Yoni Brook and Nicole Salazar gives viewers a rare look inside the workings of a big city district attorney’s office, in this case the one overseen by Larry Krasner, who was elected as a reformer in 2017. The program starts with Krasner, a former civil rights attorney, launching a long shot campaign to become Philly’s top prosecutor on a promise of completely overhauling how the office approached criminal justice. He wanted to hold bad cops accountable, reduce mass incarceration and abolish cash bail—policies that endeared him to liberals and many minorities, but not to conservatives and the Fraternal Order of Police.

Krasner is part of a wave of progressive prosecutors who have swept into office in recent years, including L.A. District Attorney George Gascón and San Francisco D.A. Chesa Boudin, who, like Krasner, is a former public defender.

Once in power, it didn’t take long for Krasner to lock horns with political opponents in Philadelphia’s police union, and even some members of his own staff, as the trailer shows.

Philly D.A. is set to premiere this spring on PBS’ Independent Lens. Along with Passon, Brook and Salazar, producers include Josh Penn and Michael Gottwald. Among the executive producers is Dawn Porter.