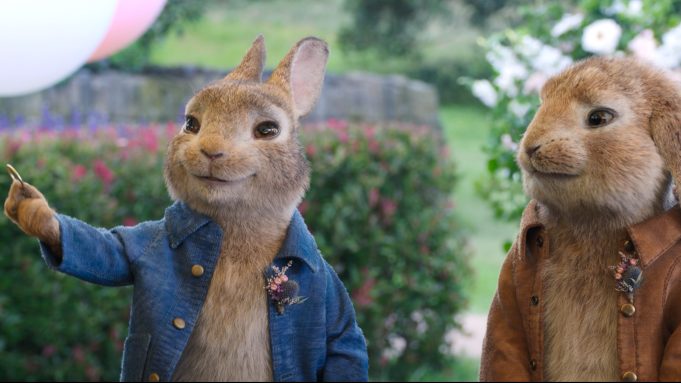 In the comedy, based on the characters and tales of Peter Rabbit by Beatrix Potter, lovable rogue Peter (James Corden) is back. While Bea (Rose Byrne) and Thomas (Domhnall Gleeson) have settled down—getting married and starting a family—Peter cannot seem to shake his mischievous reputation, despite his best efforts. When he adventures out of the garden, the rabbit suddenly finds himself in a world where his shenanigans are appreciated. But when Peter’s family risks everything to come looking for him, he must decide, once and for all, what kind of bunny he wants to be.

Directed by Will Gluck, from a script he penned with Patrick Burleigh, Peter Rabbit 2 is currently playing in theaters in Australia and New Zealand, and has grossed over $16.2 million. Over the summer, the film will continue to roll out across the world, arriving in the U.K. on May 17 and the U.S. on June 18. The first Peter Rabbit film, also helmed by Gluck, opened in 2018 and ultimately took in $351 million worldwide.

Check out the new trailer for the film above.