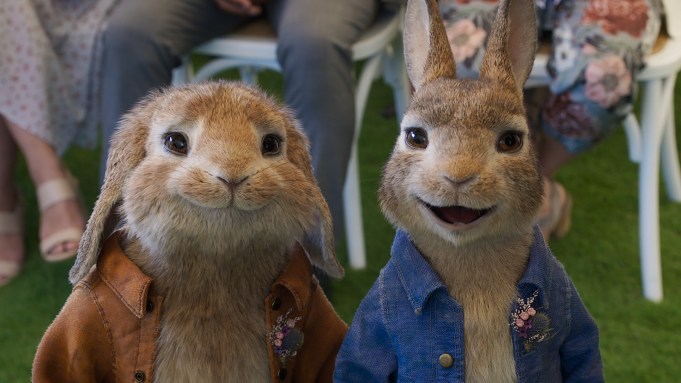 Just in time for the holidays – the wrongs holidays, but still – comes the trailer for next Easter’s Peter Rabbit 2: The Runaway, director/co-writer Will Gluck’s follow-up to his well-performing 2018 Sony/Columbia hit featuring James Corden hopping back into voicing the title role.

The new trailer shows the same combo of kid-targeted bunny fare and grown-up irreverence that proved winning for the first go-round.

Set for an April theatrical release, the sequel finds the main bunny once again finds trouble on his tail. The logline: “In Peter Rabbit 2: The Runaway, the lovable rogue is back. Bea, Thomas, and the rabbits have created a makeshift family, but despite his best efforts, Peter can’t seem to shake his mischievous reputation. Adventuring out of the garden, Peter finds himself in a world where his mischief is appreciated, but when his family risks everything to come looking for him, Peter must figure out what kind of bunny he wants to be.”

Co-writing with Gluck is Patrick Burleigh (with characters based on the Beatrix Potter books), and the cast, in addition to Corden, features Rose Byrne, Domhnall Gleeson, David Oyelowo, Elizabeth Debicki and Margot Robbie.

Check out the trailer above, and the newly released poster below: