Continue to Deadline SKIP AD
You will be redirected back to your article in seconds
Skip to main content
April 30, 2021 2:07pm 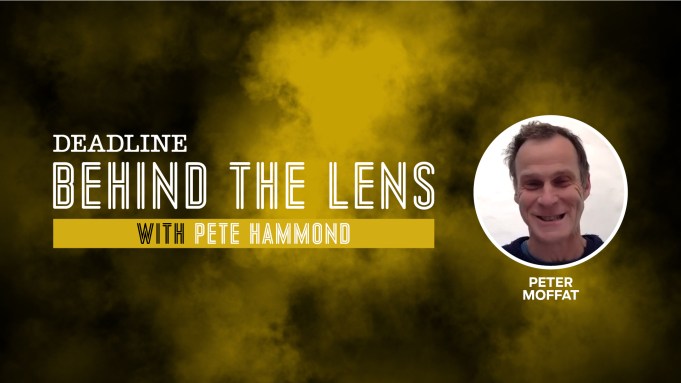 Like American counterpart David E. Kelley, writer-producer Peter Moffat came to his prodigious television career by way of the law. He started out as a barrister in his native England and learned a lot on the job, taking those lessons as inspiration for several top-flight projects revolving around lawyers including British series like North Square, Silk and the BBC’s Criminal Justice. The latter was Americanized as the multi Emmy-winning limited series The Night Of on HBO that featured an Emmy-winning portrayal by Riz Ahmed.

This season, Moffat turned to an Israeli series, Kvodo, and actually Americanized it as Your Honor, moving the setting of the Showtime limited series to New Orleans. The storyline sees a judge, played by Bryan Cranston, caught up in a moral conundrum when he tries to protect his teenage son who finds his life careening out of control after being responsible for an accident which killed another young man who it turns out is the son of the main man in the biggest crime family in New Orleans.

In this week’s edition of my Deadline video series Behind the Lens, Moffat kicks off this run of Emmy-season episodes to tell me all about not only his sterling career, but also how his involvement in Your Honor came about when producer Liz Glotzer pitched him a simple question: What would you do if your son was responsible for the death of another teenager and left the scene, and then what would would you do when you find out his father is a ruthless crime boss? It is very intriguing, especially when the father is a respected judge with an increasingly dangerous secret he is hiding.

Here’s a scene from Your Honor:

Moffat also talks about what he learned practicing law, why the late Gregory Peck might have been his first choice for the lead in Your Honor, and why Cranston was the only living actor who could play it. We also discuss how the pandemic shut down production for seven months and actually turned out to be a blessing in some ways as the script was cleverly retooled to incorporate Covid restrictions and actually improved the storyline. He also talks about what he thought of Steve Zaillian and Richard Price’s adaptation of Criminal Justice into The Night Of, and he tells about his next American project, 61st Street,  set right in the heart of Chicago and why it is important that the scripts be written exactly where it takes place.

To watch our conversation and go behind the lens with Peter Moffat, click on the video above. Come back every Friday for a new episode featuring television’s top creative talent,, and check out the new season of The Actor’s Side on Wednesdays for compelling conversations with Emmy-buzzed acting talent. This season’s kicks off May 5 with Oscar and Tony winner Catherine Zeta-Jones.