Continue to Deadline SKIP AD
You will be redirected back to your article in seconds
Skip to main content
November 16, 2018 2:21pm 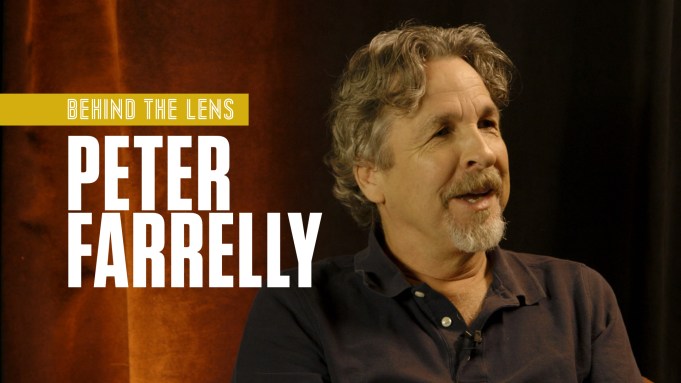 As one half of the Farrelly Brothers filmmaking team, Peter Farrelly has been responsible for the likes of such broadly entertaining comedies as There’s Something About Mary, Dumb and Dumber, Me Myself & Irene, Shallow Hal, Kingpin and many more. That makes it all the more surprising that his latest film is Green Book, a dramedy that is definitely sending him into unexpected directions — as well as into the heart of this awards season with a movie that is the toast of audiences and critics so far as it begins its theatrical runs from Universal.

When Farrelly came into our Deadline studios to tape the latest episode of my video series Behind the Lens, we talked about this latest turn in his career and just how it came about, as well as the idea that he had always wanted to spread out into more dramatic kinds of things if given the chance, and how he knew this particular story was a “home run” as he put it, one he knew he wanted to become involved with.

Green Book is also a classic road trip movie, and he talks about his own experience on the road, and just how the magical teaming of Viggo Mortensen and Mahershala Ali came to fruition.