Continue to Deadline SKIP AD
You will be redirected back to your article in seconds
Skip to main content
May 18, 2019 10:45pm
1Comments 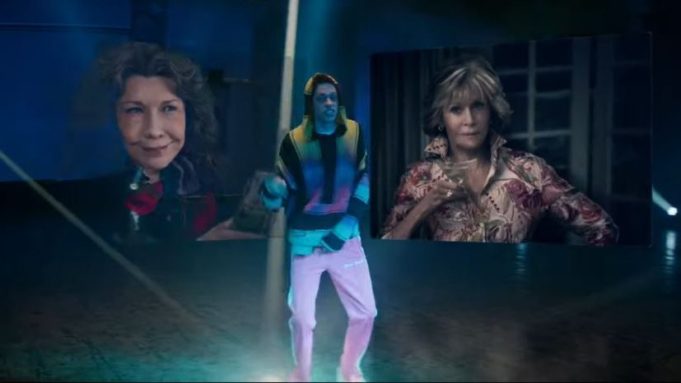 Saturday Night Live didn’t miss the chance to tip its hat to Game of Thrones, which wraps its eighth and final season a night from now. Several references were made to the HBO epic throughout the night of SNL‘s Season 44 finale hosted by Paul Rudd.

After Rudd’s opening monologue in which he called the show “hands down the most anticipated finale of this weekend,” a digital skit (titled “GoT Tribute”) saw Pete Davidson start a rap about GoT. It didn’t go well to say the least (even Grey Worm didn’t think much of it). He then suggested that if he’s “gonna do an epic rap song for the season finale it should be about a show I actually like.”

Turns out that show is Netflix’s Grace and Frankie, and Davidson got help from musical guest DJ Khaled and Rudd – and two other special guests. Best line from Davidson about the show starring Jane Fonda and Lily Tomlin: “They’re both like 80-something/they ride in hot air balloons like it’s nothing…”

It’s not bad timing for Grace & Frankie during Phase 1 of Emmy voting (in Los Angeles, an FYC commercial for the series ran after the skit).

Netflix wasn’t the only other network to get a shout-out — Showtime (and Ray Donovan) got some time in a skit about three people interviewed about their experience with time travel, and Kenan Thompson did a mean Jordan Peele in a skit that turned out to be a snippet from CBS All Access’ The Twilight Zone. Rudd also played Pete Buttigieg as the guest on ABC’s The View, and Cecily Strong played a sloshed Jeanine Pirro from Fox News defending Donald Trump on “Weekend Update.”

As for Game of Thrones, it did just fine in the night’s most poignant moment, in which Leslie “Dracarys” Jones took on Alabama’s newly passed abortion law in another “Weekend Update” segment.

And here’s Strong as Pirro: